It’s about inertia. And with few exceptions, President Trump has inertia on his side when it comes to the support of congressional Republicans.

That’s not to say this hasn’t involved some political jujitsu for GOPers on Capitol Hill.

Republicans were long skeptical of President Trump as a candidate. Some, like Sens. Lindsey Graham, R-S.C., and Ted Cruz, R-Texas, openly tangled with Trump on the 2016 campaign trail. After the Access Hollywood tape, House and Senate Republicans mimicked NFL wide receivers with 4.4 speed separating from hapless defensive backs, trying to put as much distance as possible between themselves and the GOP nominee.

When President Trump surprised everyone by winning in the fall of 2016, Republicans tiptoed around the upset winner. They slowly started to come around, realizing he could help them achieve tax reform, repeal and replace Obamacare, and stock the federal judiciary and Supreme Court with conservative jurists.

Now congressional Republicans stare at a cratered economy – despite significantly better than expected jobs numbers Friday. There’s a global pandemic. Protests in the streets. Also lurking are the geometric repercussions over threats to use the military to quash the demonstrations. Questions swirl about what happened in Lafayette Square, potentially leading to one of the most ignominious photo-ops in presidential history. 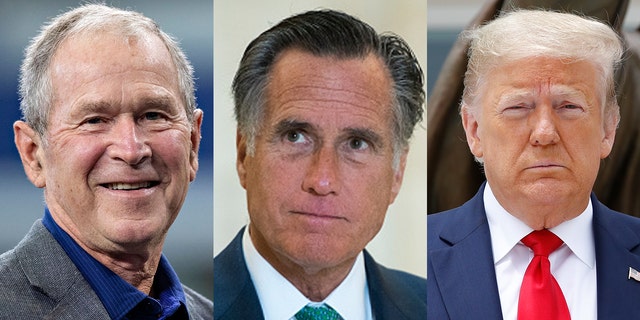 In other time periods, lawmakers have abandoned their president after a crisis. Think 2006 and 2008 with President George W. Bush after the nation soured on the war in Iraq and there were recriminations for how the administration handled Hurricane Katrina.

A small batch of Republicans has bucked President Trump on a variety of issues. That’s even culminated in votes on the Senate floor. Rarely has this ever resulted in a defeat of one of the president’s policy initiatives. There have never been enough GOP desertions to override one of Trump’s vetoes. Still, internal fissures materialize periodically. War powers. Withdrawing from Syria. Dealing with Saudi Arabia after the death of Jamal Khashoggi and the civil war in Yemen. Sanctions for Russia. Allocation of money for the border wall. Trade. Funding the government. But Republican defections in those instances resulted in few consequences.

When it comes to understanding politics, sometimes the best model doesn’t originate from political science. But physics. That’s where inertia comes into play. 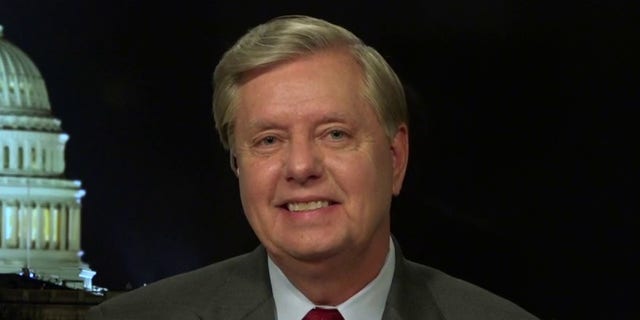 One of the main components of Sir Isaac Newton’s First Law of Motion dictates that a body in motion tends to stay in motion. And, a body at rest tends to remain at rest. This principle also applies to President Trump and congressional Republicans.

But a few defections stand out on the big things. 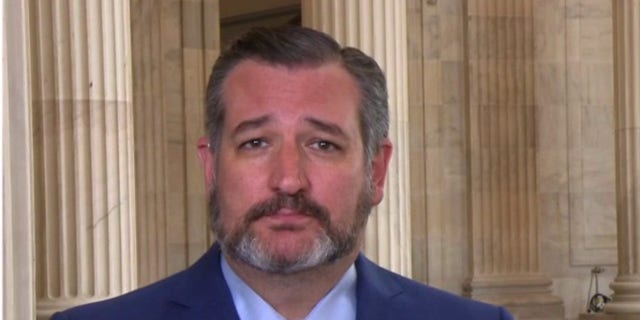 Consider the nay vote by Sen. Mitt Romney, R-Utah, on one article of impeachment in February. The Senate’s turning radius is pretty tight. But Romney’s vote still wasn’t enough to shift the table and convict Trump.

The late Sen. John McCain, R-Ariz., cast what proved to be the decisive vote against starting debate on a controversial bill to repeal and replace Obamacare. That only intensified the enmity between Trump and the late senator.

Murkowski never voted against Kavanaugh. His confirmation vote fell on a Saturday, and Sen. Steve Daines, R-Mt., backed Kavanaugh but couldn’t vote due to his daughter’s wedding in Montana. Daines was an aye on Kavanaugh and Murkowski a no. To offset one another, the two senators “paired” their votes. Daines didn’t cast a ballot at all, while Murkowski voted “present.”

As those votes attest, Murkowski is known to show an independent streak from party orthodoxy. She was one of the few Republicans who dared cross the president after the Battle of Lafayette Square.

“When I saw Gen. (James) Mattis’s comments yesterday, I felt like perhaps we’re getting to the point where we can be more honest with the concerns we might hold internally and have the courage of our convictions and speak up,” said Murkowski last week.

The Alaska Republican then asserted it’s not guaranteed that the president has her support in the autumn.

“I am struggling with it,” said Murkowski. “I have struggled with it for a long time.”

Trump’s memory is elephantine, especially for those who cross him. Murkowski’s dare to deviate from Republican doctrine prompted the president to tweet about her a few hours later – even if he didn’t precisely portray her roll call votes.

Trump tweeted he would be “campaigning against Senator Lisa Murkowski” when she faces reelection in 2022. “Get any candidate, good or bad, I don’t care. I’m endorsing. If you have a pulse, I’m with you!”

In other words, Murkowski’s vote against conviction in the impeachment trial doesn’t count for anything. Murkowski’s yea vote on tax reform doesn’t matter. The president’s message is that anyone “with a pulse” is better than anyone who speaks out against him. 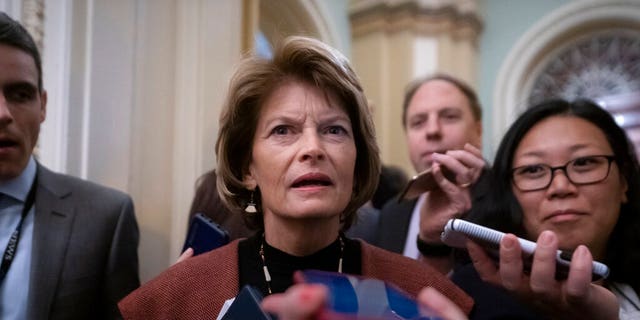 Sen. Lisa Murkowski, R-Alaska, arrives at the Senate for the start of the impeachment trial of President Donald Trump on charges of abuse of power and obstruction of Congress, at the Capitol in Washington, Tuesday, Jan. 21, 2020. (AP Photo/J. Scott Applewhite)

Flake encountered this phenomenon. So did Romney. As did former Attorney General Jeff Sessions, the first congressional figure to support Trump’s incipient presidential bid in 2015. Sessions is now in a dogfight to secure the GOP nomination for his old Senate seat against former Auburn head football coach Tommy Tuberville. Naturally, the president lit up Sessions on Twitter too, supporting Tuberville.

Trump’s Twitter feed practically radiates political isotopes. Republicans fear his wrath if they duck out of line. Look at what happened two weeks ago in the House as Republican support for a FISA reform bill melted away instantaneously after Trump condemned it.

So, it’s better for GOPers to just keep their head down and not say anything at all. That may protect their political status for now. And, if the resident loses this fall and it’s a Republican bloodbath at the polls as some models are starting to predict, perhaps some of those individual members live to fight another day. They are neither on the record for or against President Trump.

Perhaps this is the best way for ocngressional Republicans to maintain their own inertia.

The president governs by Twitter and cable news. Yet some Republican leaders long ago decided that their best defense was to either ignore Trump’s latest tweet or who he scorched verbally in the Rose Garden. Or at least they feigned such ignorance.

Former House Speaker Paul Ryan, R-Wis., would often brush off a reporter’s question when asked about Trump’s twitter feed. Ryan would often reply he hadn’t seen the tweet and immediately pivot to another reporter during his weekly press conferences. Senate Majority Leader Mitch McConnell, R-Ky., perfected the sidestep, too. When a reporter asks him about Trump’s latest threat or excoriation, McConnell often replies with a bromide, saying he doesn’t have anything else “to add” or has no additional “thoughts” on the president’s conduct.

All of this was on display midday Tuesday as GOP senators shuttled past a gauntlet of reporters to attend their daily luncheon in the Hart Senate Office Building.

“I’m not going to critique somebody’s else’s performances,” said McConnell when asked about the photo op.

Perhaps there was more than meets the ear in McConnell’s answer. After all, the president was trying to stage a photo op – an inherently theatrical diorama in politics – in front of St. John’s Church. So a second parsing of McConnell’s choice of the word “performances” could reveal an observation ignored by the press corps.

This is how congressional Republicans often finesse challenging questions from reporters in the age of President Trump. And some just uncomfortably dodge them, as they did last week.

“I haven’t seen it,” said Sen. Lamar Alexander, R-Tenn., when asked about criticism from Mattis.

“I have a phone call,” said Sen. Marsha Blackburn, R-Tenn., when asked the same.

Murkowski took to the Senate floor a few hours later on Thursday to speak about protests and police abuse.

“I have been challenged by some. I have been chastised by some very good close friends who have said ‘You’re silent, Lisa. Why are you silent? Why haven’t you fixed that?’” said Murkowski.

Who knows if President Trump or a citizen Trump will actually campaign against her in two years – if the senator, in fact, decides to run. But Murkowski knows how to win elections. In 2010, former Alaska Gov. Sarah Palin helped Joe Miller defeat Murkowski in the Republican primary. (Palin had an upset victory over the senator’s father, former Alaska Gov. Frank Murkowski, a few years earlier.)  Murkowski then engineered a historic write-in campaign, even distributing campaign literature to help voters learn how to precisely spell her surname in longhand.

Lisa Murkowski became the second U.S. senator to prevail in a write-in campaign in modern history. The last was the late Sen. Strom Thurmond, R-S.C., in 1954.

Murkowski’s 2010 victory against all odds is a lot different from the electoral environments faced by many of her Republican colleagues. So anything the president says about her might not resonate much.

“You can’t get in trouble for something you didn’t say,” one longtime House Republican told me years ago.

For other Republicans, it may be easier for some to hold their tongues when Trump does something controversial. That’s the inertia at work.

And that’s why few Republicans ever break with the president.