The death of George Floyd in police custody last month and a series of riots that followed in cities across the nation have set the backdrop for a Capitol Hill hearing Wednesday on police reform proposals.

Those scheduled to testify before the House Judiciary Committee include Philonise Floyd, brother of the 46-year-old man who died May 25 while lying in the street in Minneapolis after a city police officer kneeled on his neck for nearly nine minutes.

Floyd’s death sparked outrage across the nation – and sympathy around the globe – as African-Americans and others argued it continued a long history of police mistreatment against minorities. 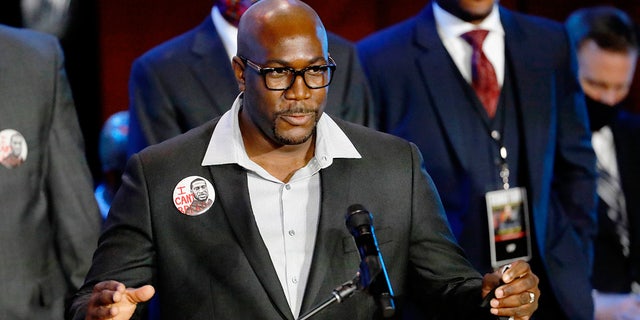 The hearing comes one day after Floyd’s funeral in Houston, his former hometown, and two days after congressional Democrats unveiled the “Justice in Policing Act,” legislation that calls for changes in police use-of-force policies and in how accusations of misconduct against police officers are investigated.

The hearing also comes on the same day that friends and family will gather for the funeral of retired St. Louis police Capt. David Dorn, 77, who was fatally shot June 2 while trying to protect a friend’s business from looters.

The Floyd death and subsequent images of police officers across the country using force to quell rioting have placed the nation’s police unions on the defensive.

Recent events appear to have affected the public image of police officers to the point where Paramount on Tuesday canceled the long-running reality TV series “Cops.”

In New York City, police union officials lashed out at the media Tuesday, accusing the press of sensationalizing images of police trying to restore order in cities where rioters ran rampant over the better part of a week since Floyd’s death.

While critics accuse police of a long history of mistreating African-Americans and other minorities – often with impunity — police have argued that cases like Floyd’s result from a small percentage of allegedly transgressive officers unfairly damaging the public’s perception of the entire law enforcement profession.

“I am not Derek Chauvin. They are not him,” Mike O’Meara, president of the New York Association of Police Benevolent Associations, told reporters at a news conference, pointing to a large assemblage of union members in a show of solidarity behind him – and referring to the Minneapolis cop charged with killing Floyd.

“He killed someone. We didn’t,” O’Meara added.

“The legislators, the press, everybody’s trying to shame us into being embarrassed about our profession,” he continued. “Stop treating us like animals and thugs, and start treating us with some respect. … We’ve been left out of the conversation, we’ve been vilified — it’s disgusting.”

“The legislators, the press, everybody’s trying to shame us into being embarrassed about our profession.”

In Philadelphia, a police union president started selling T-shirts in support of an officer now facing assault charges after being seen on video striking a college student with a metal baton, Philadelphia Magazine reported.

The Philadelphia case is just one of several across the U.S. that have resulted in charges against law enforcement officers. Among the others:

In New York, a city police officer seen on video shoving a woman to the ground May 29 now faces multiple charges in connection with the incident, the Brooklyn District Attorney’s Office said.

In Buffalo, N.Y., two officers face charges after being seen on video June 4 shoving an elderly man who had to be hospitalized after striking his head against a sidewalk.

In Atlanta, two police officers were fired after allegedly using stun guns while pulling two college students from a car.

In Los Angeles, a police officer faces charges after being seen on video repeatedly punching a man.

Video footage has been a common denominator in the incidents where police have been implicated. Many observers credit the emergence and ubiquity of the cellphone camera as a game-changing development in the fight for better police accountability.

“The combination of smart phones, video recording apps, and social media platforms have generated a revolution in public empowerment,” author and activist Nicole Turner Lee writes on the Brookings Institution website. “Rather than having to take the word of African Americans over the police, people can see the violence for themselves and demand justice.”

“The combination of smart phones, video recording apps, and social media platforms have generated a revolution in public empowerment. Rather than having to take the word of African Americans over the police, people can see the violence for themselves and demand justice.”

But police counter that their ranks have been on the receiving end of murder, violence and other abuse in recent weeks.

In Northern California, authorities say a suspect posted anti-police messages prior to setting up an ambush that left a Santa Cruz County sheriff’s deputy dead and two other law enforcement officers wounded.

In Oakland, Calif., a Federal Protective Service officer was killed while providing security at a federal courthouse a short distance from a protest that turned violent.

In Las Vegas, a police officer was shot in the head while trying to disperse a group of protesters on The Strip. The officer, Shay Mikalonis, 29, may need a ventilator for the rest of his life, his family said Tuesday.

In all, more than 700 law enforcement officers have been injured nationwide in protests following the death of Floyd, the U.S. Justice Department said this week, The New York Post reported.

The strong reaction from the public to the Floyd death and the subsequent violent images from riots across the nation has helped fuel the “defund the police” effort in which activists – including some elected officials – are seeking to replace existing police departments with new agencies or to reallocate some public funds away from police in favor of mental health services, education and other areas considered as investments in preventing crime.

But Republicans such as Attorney General William Barr and Senate Majority Leader Mitch McConnell have spoken out against such plans.

“Demonizing police” is “wrong” and “dangerous,” Barr told Fox News’ Bret Baier during an appearance Tuesday on “Special Report.” “We put these individuals into highly charged, dangerous situations where their own life is at stake … and we have to make sure we treat them fairly in those circumstances.”

“I’m all for social work and mental health,” McConnell said, adding, “Call me old fashioned, but I think you may actually want a police officer to stop a criminal and arrest him before we try to work through his feelings.”