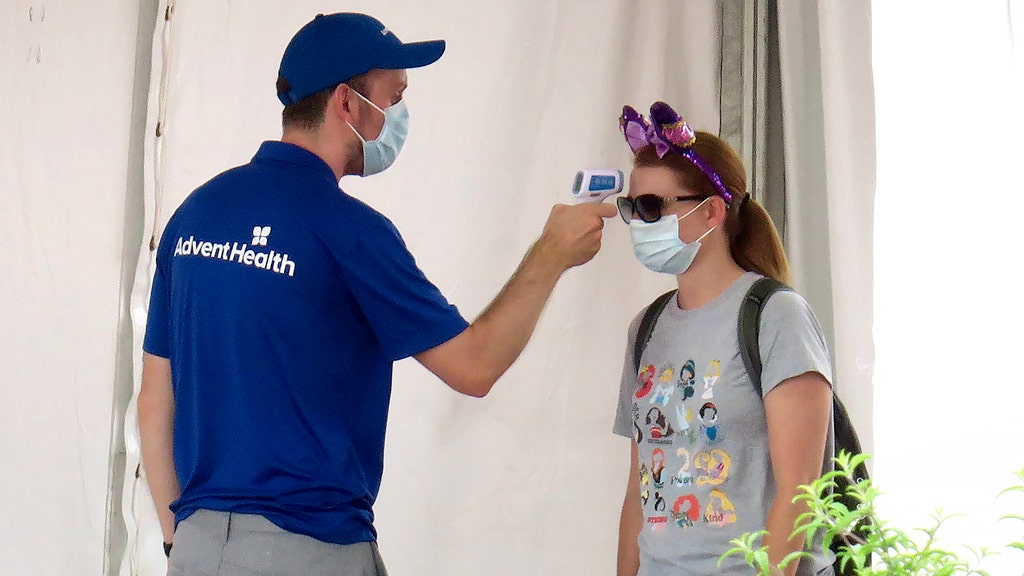 Florida state congressional Democrats on Friday called on the governor to impose a statewide facial mask mandate to help fight the record-breaking spikes of COVID-19.

State health officials reported a record daily high of 22,690 new coronavirus cases Friday evening, along with 128 new deaths, according to the state’s Department of Health.

The Department of Health could not reached to verify the new extreme spike in numbers, and Johns Hopkins University had not yet verified those figures.

Florida has been deemed the epicenter for coronavirus cases in the U.S., Texas reported the second highest number of cases Friday with 10,256 new cases, and California reported 9,986 new cases.

New York, which was once the epicenter of the virus, reported a record daily high of 6,378 cases on April 6, according to the New York City Department of Health.

In a letter to Gov. Ron DeSantis, led by Rep. Donna Shalala, democrats urged the DeSantis to mandate mask orders and to reinstate lockdown measures in areas that have been hardest hit by the pandemic.

“By failing to reopen our state in the safe, smart, and step-by-step manner that you promised, and by ignoring CDC gating criteria, our state may be forced into a statewide economic shutdown, either by your order or simply because Floridians and visitors do not feel safe,” the letter said.

DeSantis has repeatedly rejected calls to enforce mask mandates, saying that he did not believe the order would be effective and would only “backfire.”

“We’ve advised that’s something that could make an impact,” DeSantis said last month. “At the same time, to do police and put criminal penalties on that is something that probably would backfire.”

Florida’s alcohol regulatory agency announced in late June that they were banning all alcohol sales for “on premise consumption” following a spike in cases.

“Now we are facing uncontrolled outbreaks across the state that have resulted in long lines for testing, delayed test results, barriers to effective contact tracing, and that jeopardize the safe reopening of our schools,” the letter sent to DeSantis stated.

“By delaying steps like a statewide mask order and targeted stay-at-home orders, by even one more day, additional business closures and their devastating impacts on Florida’s economy and the livelihoods of our constituents may be necessary.”

The letter was signed by 12 Florida Democrats from the U.S. House of Representatives, including Rep. Ted Deutch who accused the governor of playing favorites with the president rather than protecting the safety of Floridians.

“Just like the president. Governor DeSantis is trying to spin the data and ignore the health experts, and it’s producing disastrous results for Floridians,” Deutch said in a virtual conference Friday, according to the Sun Sentinelhttps://www.sun-sentinel.com/news/politics/fl-ne-mh-democrats-demand-shutdown-masks-20200717-i4o3asfk4ngbdadfeq34tycofu-story.html.

DeSantis has said that the situation isn’t as bleak as the numbers report, arguing that the infection rate has gone up because the testing abilities have gone up. President Trump has reiterated this belief on several occasions, but it is contrary to what health experts have said.

DeSantis could not be reached for comment on the letter.

“Death and sickness is lying at the feet of Ron DeSantis,” U.S. Rep. Debbie Wasserman Schultz reportedly said during Friday’s video conference. “The governor needs to do his damn job.”

Wasserman Schultz and Shalala could not be reached for comment.

Pompeo sanctions China over human rights abuses against the Uyghurs, calling it…

Pelosi calls on Trump to focus on ‘unifying our country’…