“Flash” actor Logan Williams died of a fentanyl overdose, according to his mother.

Williams, the young face of Barry Allen in the popular CW series, died in April. He was 16.

His mother, Marlyse Williams, said the results of a preliminary toxicology report on Friday showed his cause of death as a fentanyl overdose, according to the New York Post. She said the teen had battled addiction for three years. 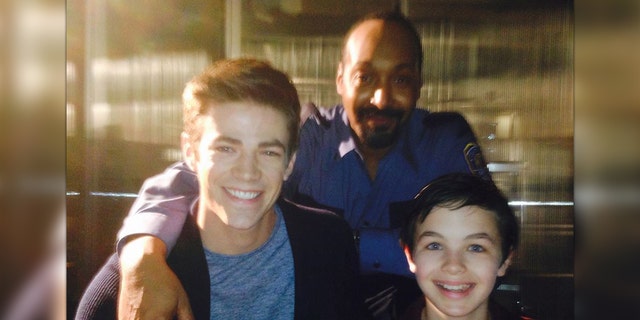 Marlyse shared that her son’s death has motivated her to bring awareness to the opioid crisis.

“His death is not going to be in vain,” she told the outlet. “He’s going to help a lot of people down the road.”

Logan’s mother also spoke up about her late son’s desire to act at a young age. Despite her initial pushback, Marlyse helped Logan secure an agent which led him to audition for roles as young as the age of 10.

Williams also had roles in the Hallmark Channel series “When Calls the Heart” alongside Lori Loughlin and on the CW’s “Supernatural.”

“I am not able to hug my parents who lost their only grandchild,” Marlyse Williams told the Coquitlam, British Columbia-based Tri-City News.

His “Flash” co-star Grant Gustin also took to Instagram to remember his buddy and share a photo of Williams with actor Jesse L. Martin that was taken back in 2014 during the filming of the show’s pilot.

“Just hearing the devastating news that Logan Williams has passed away suddenly,” he wrote. “I was so impressed by not only Logan’s talent but his professionalism on set. My thoughts and prayers will be with him and his family during what is I’m sure an unimaginably difficult time for them.”

He added: “Please keep Logan and his family in your thoughts and prayers during what has been a strange and trying time for us all. Sending love to everyone.”