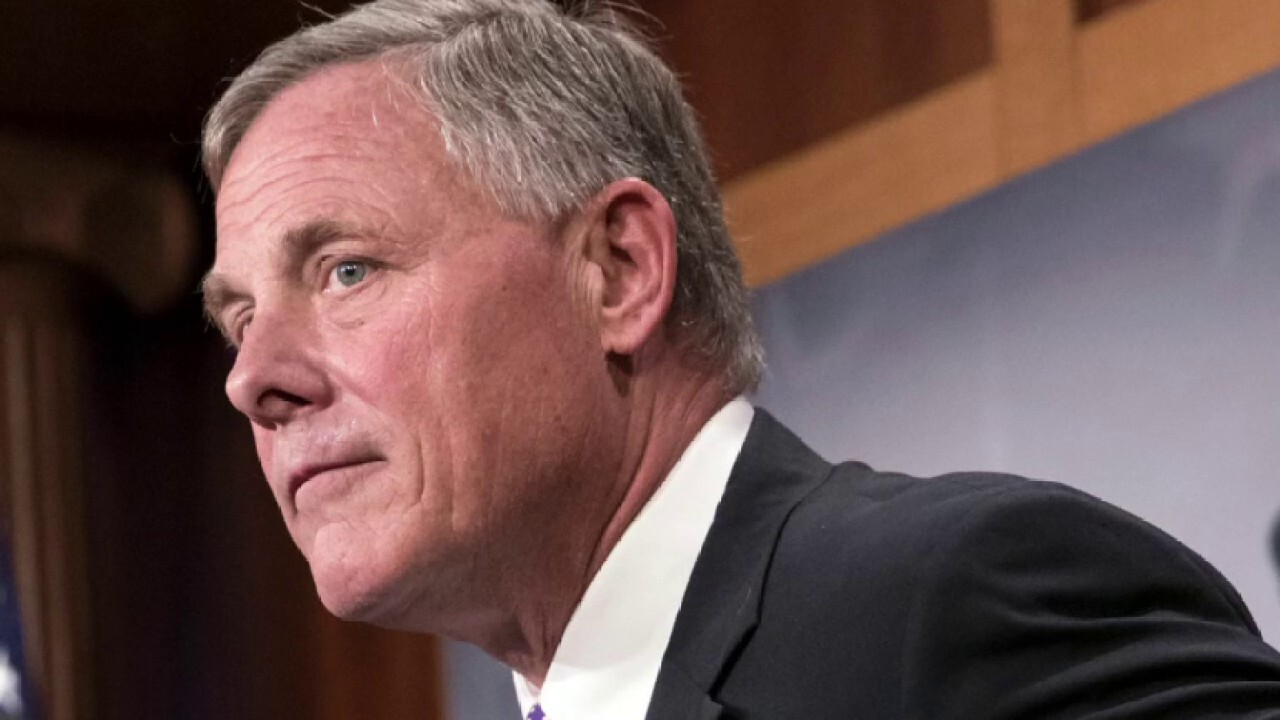 North Carolina Sen. Richard Burr, chairman of the Senate Intelligence Committee, was reportedly forced to surrender his cellphone to federal agents as part of the Justice Department’s investigation into stock trades he made in the early days of the coronavirus crisis.

Federal agents on Wednesday served a search warrant to Sen. Richard Burr, R-N.C., at his Washington-area home in part of the government’s investigation into his stock sales that were made early in the coronavirus outbreak, the Los Angeles Times reported.

The exclusive report, citing unnamed officials, said agents seized a cellphone. A second official said agents served an earlier warrant to obtain information from the senator’s iCloud account. A law enforcement source told the paper that the Justice Department is reviewing communication between Burr and his broker.

Fox News reached out to Burr’s office for comment and emailed his lawyer. The FBI did not immediately return a phone call to the Times and Burr’s office declined to comment for the paper.

Burr has denied any wrongdoing and requested an ethics review of the sales.

Suspicions arose last month after it was revealed that a few senators dumped stocks prior to the coronavirus pandemic taking hold of the global economy.  The FBI reportedly reached out to Burr, the Senate Intelligence Committee chairman, to discuss the sale of as much as $1.7 million in stocks.

Senate records indicate that Burr and his wife sold between roughly $600,000 and $1.7 million in more than 30 transactions in late January and mid-February, just before the market began to nosedive and government health officials began to sound alarms about the virus. Several of the stocks were in companies that own hotels.

Burr– who sat in on early briefings on the virus– has acknowledged selling the stocks because of the coronavirus but said he relied “solely on public news reports,” specifically CNBC’s daily health and science reporting out of Asia.

The Times reported that the phone seizure was significant because it means that the judge who signed off on the warrant was persuaded by federal agents and prosecutors that there was probable cause that a crime was committed.

The same day that Burr dumped the stocks, his brother-in-law also sold a significant amount of shares, according to a recent report from ProPublica.

The report, citing a public financial disclosure form from Burr’s brother-in-law Gerald Fauth — who serves on the National Mediation Board (NMB) — revealed that he sold between $97,000 and $280,000 worth of stocks in a total of six transactions on Feb. 13, 2020. Burr’s sales that day reportedly led to the Securities and Exchange Commission investigating whether non-public information played a role, which his attorney denies.

“Sen. Burr participated in the stock market based on public information and he did not coordinate his decision to trade on Feb. 13 with Mr. Fauth,” attorney Alice Fisher said in a statement to ProPublica.

Besides Burr, the Daily Beast reported that Sen. Kelly Loeffler, R-Ga., and her husband sold stock on Jan. 24, the same day she sat in on a closed-door coronavirus briefing as a member of the Senate Health Committee with the Trump administration and with Dr. Anthony Fauci in attendance.

Loeffler has defended the sales, claiming they were nothing out of the ordinary and were made without her involvement or knowledge.

“If you actually look at the personal transaction reports that were filed, it notices at the bottom that I’m only informed of my transactions after they occur—several weeks,” Loeffler said at the time. “So, certainly, those transactions—at least on my behalf—were a mix of buys and sells. Very routine for my portfolio.”

Rep.  Doug Collins, R-Ga., who is facing off against Loeffler for the Senate seat, seized on the Times’ report and tweeted for her to “call herm office.”

Angela Merkel says she is ‘pained’ by Russian hacking