Eleanor Carol Leavell Barr, who went by Carol, died at the family’s home in Lexington for unspecified reasons, according to the Lexington Herald-Leader. She was 39 years old.

“During this tragic time, we respectfully ask for privacy for Congressman Barr and his family to grieve Mrs. Barr being called home to heaven.” 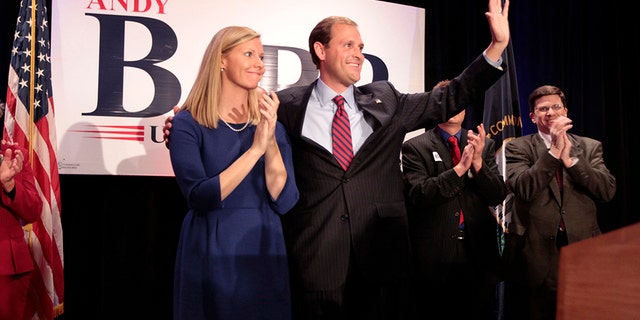 She added: “Congressman Barr may release a more detailed statement at a later date, but right now is solely focused on being a father to his two beautiful daughters.”

Kentucky Governor Andy Beshear said he and his wife were “heartbroken for U.S. Rep. Andy Barr and his family tonight at the sad news of the unexpected passing of the congressman’s wife, Carol.”

Eleanor Barr was the director of the Henry Clay Institute for Statesmanship in Lexington.

Andy Barr, a Republican, has represented Kentucky’s 6th Congressional District since 2013. The couple had been married for 10 years.