Donald Trump Jr. says Democrats would rather people ‘rob someone’s store’ than ‘open up your store’ 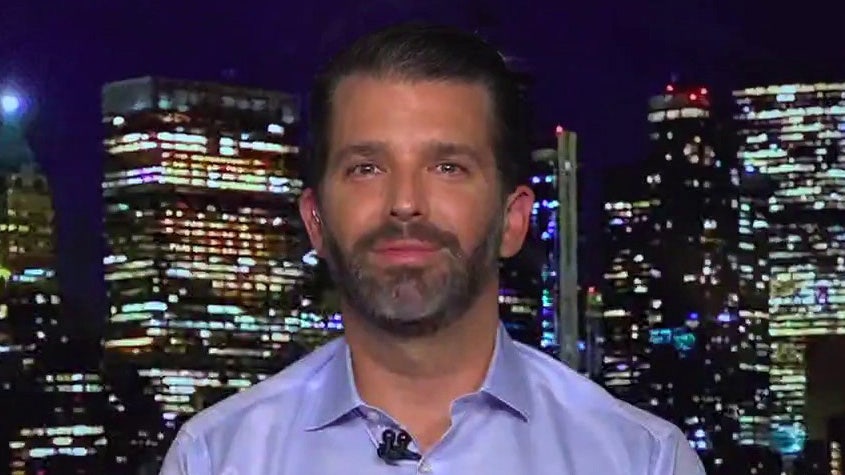 The president’s eldest son added that Democrats will continue to ignore the violence because it’s their “liberal privilege” and the party hierarchy will do “whatever it takes” to protect Joe Biden.

“He spent his entire career destroying American manufacturing, destroying the middle class, shipping our American dream abroad to China, whether it’s [with the] TPP [Trans-Pacific Parternship], NAFTA, permanent trade status for China at the World Trade Organization, all of these things that literally destroyed the American dream,” Trump Jr. said. “Our only export was your American dream. And Joe Biden and his policies shipped that stuff to China.”

In addition to Biden’s poor record, Trump Jr. pointed out, the former vice president “can’t remember where he is 50% of the time.”

“After half a century in D.C., you would think you’d be able to communicate with people, certainly if you want the nuclear football,” he said. “What’s going on is a disgrace … The media has totally abdicated their responsibility to educate the American public on both sides. Instead, they’ve decided to be activists for the left-wing mob. They will do whatever they can to protect Joe Biden.”

The president’s son added that having spent four months in quarantine to research his new book, “Liberal Privilege,” he is certain that “no one believes” Biden is in charge.

“They know he’s a sock puppet for the left,” he added. “So they can get Kamala and Bernie and AOC and those crazy policies. And you don’t have to believe me because it’s on Joe Biden’s website … This is a radical leftist agenda using Joe Biden as a fake moderate to sell it.”