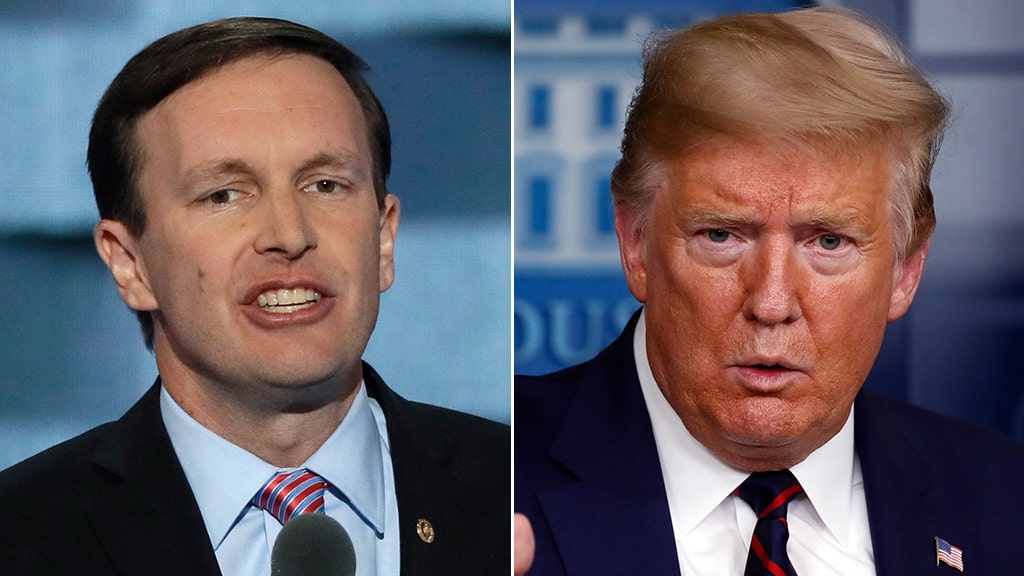 But when asked about whether the recent Black Lives Matter protests are also putting people at greater risk of becoming infected by COVID-19, Murphy – at least for now – has remained quiet.

Murphy tweeted out on Sunday a biting commentary on Trump’s rallies and campaign events – including his heavily-attended acceptance speech during the Republican National Convention at the White House on Thursday – that accused the president of ignoring guidelines from the Centers for Disease Control and Prevention and putting people a heightened risk of exposure to the contagion.

“Can we take the gloves off and tell the truth? Trump is deliberately killing people,” Murphy wrote on Twitter. “He holds rallies where people get infected. On Thursday, no social distancing or masks, sending a clear message that the CDC should be ignored.”

“His plan is to kill people. Let’s just say it,” Murphy continued.

When asked by Fox News if he had similar concerns about the massive protests occurring across the country against police brutality and racial injustice, his office has so far not responded.

Some conservative commentators have pointed out that thousands of people gathered on Friday in Washington D.C.’s National Mall to protest racial injustice and yet Murphy was silent on that gathering.

The criticism by Democrats of Trump for holding rallies while remaining silent on any health risks posed by protests and demonstrations is similar to that seen earlier this summer when many in the party blasted Trump supporters for holding anti-lockdown protests amid the pandemic while keeping quiet on the protests that followed George Floyd’s death. Floyd, an unarmed Black man, died while being detained by Minneapolis police in late May.

One notable exception was New York Gov. Andrew Cuomo, who said in June that those who have been participating in protests should “assume” that they are “infected” with coronavirus and suggested they get tested.

“If you were at one of those protests, I would, out of an abundance of caution, assume that you are infected,” Cuomo said. “One person, one person can infect hundreds if you were at a protest.”

He added: “You went to a protest, get a test. Tell people, act as if you may have been exposed.”

On Friday, Trump held a rally in New Hampshire for supporters, however masks were mandatory as were temperature checks.

That mask mandate stood in stark contrast to the previous night on the final day of the Republican convention. Over 1,500 attendees sat in close proximity on the White House lawn to listen to President Trump accept the Republican nomination, and few were wearing masks.

At the same time, thousands took to the streets across the U.S. to protest after the police shooting of Jacob Blake in Kenosha, Wis. Masks were more prevalent than at the White House, but still many did not have them on and some of the demonstrations turned violent. In Washington, protesters harassed those leaving the Republican convention, who had to be surrounded by police protection to walk back to their hotels.

New Hampshire originally was supposed to host President Trump at a rally in July, after his Tulsa appearance, but the event was abruptly canceled one day before the planned July 11 date. The president later said it was scrapped because of coronavirus.

Herman Cain, the late chair of Black Voices for Trump, contracted COVID-19 10 days after attending the June rally in Tulsa. He later died from the disease.

While there is no way of knowing where Cain picked up the virus, many on the left sourced it to the president’s rally.

Louisiana Sen. Kennedy on destruction from Hurricane Laura: It will ‘take your breath away’