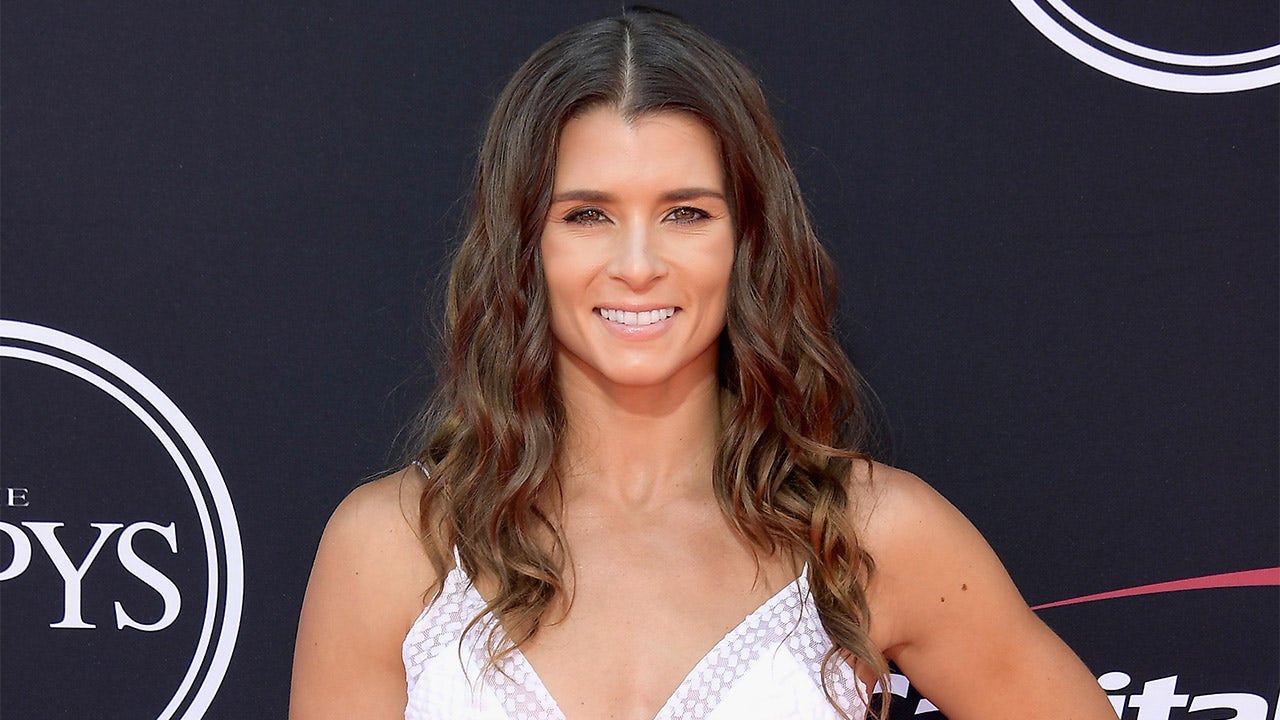 Danica Patrick seems to be enjoying herself after her recent split from Aaron Rodgers.

The former pro racer, 38, showed off her fit figure in a new bikini shot on Instagram on Wednesday.

The post contained several photos, the first depicting Patrick and a pal showing off their shirts that read “Namaste Beaches.”

In the second photo, Patrick donned a two-piece leopard-print bikini while relaxing on a boat. The former athlete’s toned abs were on full display.

Also included were two short video clips, one of the bikini-clad Patrick waving a red flag in the air, and the other of her jumping off the side of the boat with her friend.

“The front of the boat was where you could find me today,” read her caption. “Learned that from my mermaid bestie @stephalvorson! Since I love movie lines, of course when Greg hit the throttle I opened my arms wide and said, ‘I’m flying!’ #jackandroseforever.”

Patrick was, of course, referencing a famous scene from “Titanic.”

A few more videos of her having fun in the water were also shared online.

The star’s breakup from Rodgers was confirmed to Fox News on July 16 by her rep. The pair was together for two years.

Just the other day, the former NASCAR driver revealed what she’s been up to since the split, including a form of “emotional therapy.”

“I’ve got me, I always have,” the “Pretty Intense” podcast host began the caption of an Instagram post on Sunday.

She continued: “I started doing @theclass last week because @lilyniels has been loving it and we did a few classes together. Turns out, now I do too! It’s emotional therapy through moving the body, breath, and acknowledging what comes up.”

Patrick explained the process to her followers in which she placed her hand on her heart and lower stomach or the “sacral” area, which is designed to “reset” the body between moves.

The Class’ mission is described as “a transformative workout of the body and mind” that helps students to “experience an expansive, heart- and mind-clearing release that builds a strong, resilient body.”

Patrick seemed to have found the release she was seeking.

“Today I put my left hand on my stomach…. and the back of my right hand on my back, surrounding the solar plexus chakra, and all I heard was – ‘I got you, I always have,’” Patrick added in her caption. “That is the main chakra that lights up on me in life.”

“We all ‘got’ ourselves WAY more than we give ourselves credit for, that was the message for me today anyway,” said Patrick. “I mean….. we got this far didn’t we friends?!!!!”