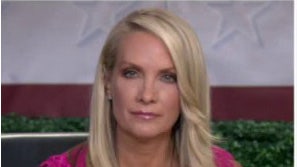 Night three of the Republican National Convention, which concluded with Vice President Mike Pence addressing America in front of an audience at Fort McHenry in Baltimore, was the clearest example yet of the drastic difference with all-virtual Democratic Convention, Fox News host Dana Perino noted.

“If you just look at the staging of this event, if you want to put on a good event for the vice president, they put one on tonight at Fort McHenry,” said Perino, a former White House press secretary and host of “The Daily Briefing”. “That was a beautiful scene … It’s also in stark contrast to the Biden campaign.”

“The Biden-Harris team has got to figure out a way to get out of Delaware and get on the road and campaign,” Perino added. “Because this convention will give President Trump a little bit of a boost.”

“Everyday heroes will beat celebrities every single time,” she said.

Did Messi really send his Barcelona transfer request by fax?