In Jodhpur Park, a neighborhood in South Kolkata, India, a family of seven raced Wednesday night to bolt the windows, pad the doors and wait.

Then the lights went out and the wind began to whip, sending out a sinister whistle.

Over the next several hours, Cyclone Amphan would tear through India and Bangladesh, killing more than 80 people and injuring hundreds of others.

The superstorm was the strongest ever recorded in India’s Bay of Bengal with gusts more than 110 miles per hour. When it made landfall, it snapped power lines, uprooted trees and damaged homes. 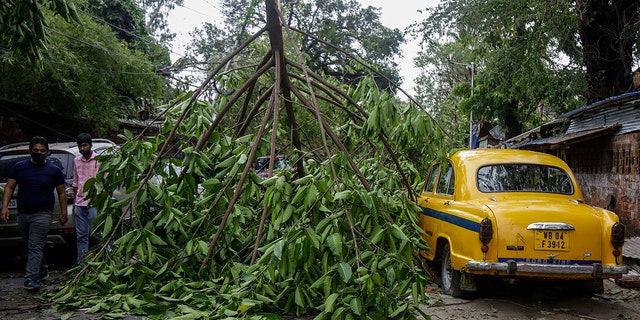 People walk past a tree branch fallen in the middle of a road after Cyclone Amphan hit the region in Kolkata, India, Thursday, May 21, 2020. (AP)

Then came the flooding.

The storm surge and heavy rains inundated some areas and flooded many of Kolkata’s roads. On Thursday, 14 million people were still without power. 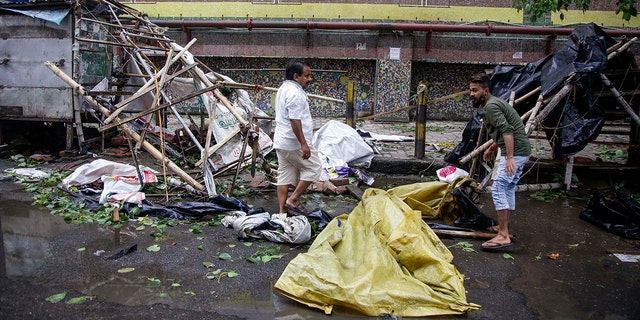 Roadside vendors along a metro station salvage material from his stall after Cyclone Amphan hit the region in Kolkata, India, Thursday, May 21, 2020. A powerful cyclone ripped through densely populated coastal India and Bangladesh. (AP)

Kolkata’s airport was shut down and flooded, with local media reporting some hangars had collapsed.

At least 72 people were killed in West Bengal with two more deaths reported in neighboring Odisha, according to the state government, though that number is likely to rise. In Bangladesh, at least 12 people were killed and 1 million people were without power in the southern part of the country. 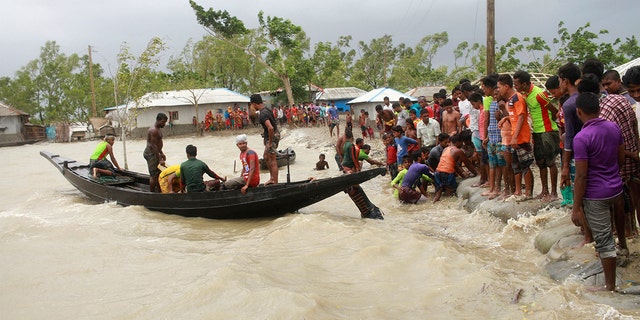 In this Wednesday, May 20, 2020 photo, a boat brings people to land, as locals check an embankment before Cyclone Amphan made landfall, in Shyamnagar, Shatkhira, Bangladesh. (AP)

Cyclone Amphan, the first “super cyclone” to form in the Bay of Bengal since 1999, also badly damaged many centuries-old buildings when it tore through the city.

It had weakened from a super cyclone — with Category 5 strength — earlier this week to an “extremely severe cyclonic storm.”

Amphan made landfall between Digha, a seaside resort in West Bengal, and the Hatiya Islands in Bangladesh. 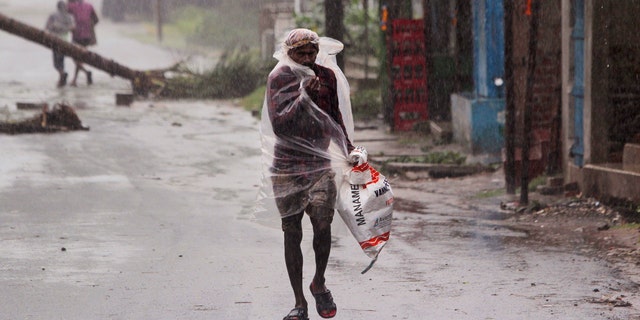 A man covers himself with a plastic sheet and walks in the rain ahead of Cyclone Amphan landfall, at Bhadrak district, in the eastern Indian state of Orissa, Wednesday, May 20, 2020. (AP)

It started off hitting the Sundarbans, a mangrove area near the India-Bangladesh border before heading north toward Kolkata. Parts of West Bengal and Orissa states bore the brunt of the storm.

Dramatic images shared on social media showed electricity transformers exploding and tiles on roofs being peeled away as well as broken river jetties and vehicles crushed under fallen trees.

West Bengal chief minister Mamata Banerjee said the devastation in Kolkata, the state capital, was “a bigger disaster than COVID-19.”

“Area after area has been ruined,” she told the Press Trust of India news agency. “I have experienced a war-like situation today.”