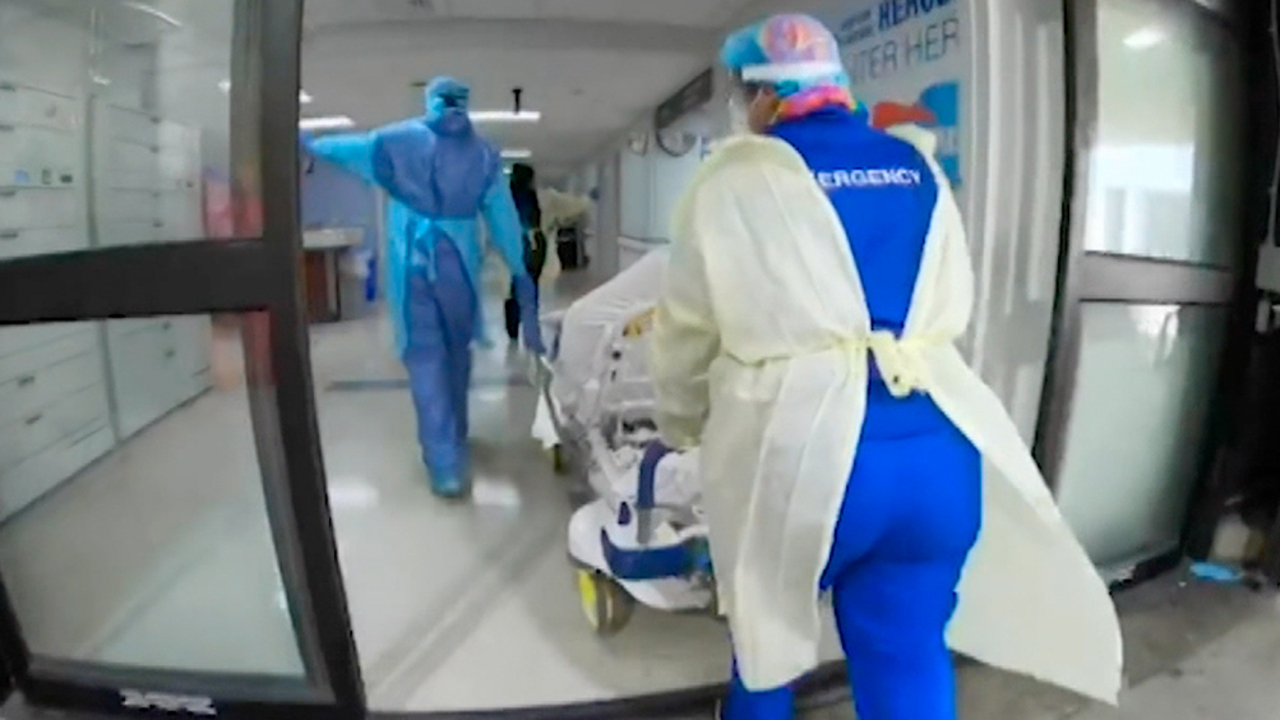 The coronavirus has now infected more than 20 million people worldwide.

The official tally compiled by Johns Hopkins University passed the metric on Tuesday, doubling the global caseload from the 10 million being reported around six weeks ago. As of Tuesday morning, there are now around 20,100,000 confirmed cases.

It took about six months to get to 10 million cases after the virus first appeared in central China late last year — but now the U.S., India and Brazil appear responsible for most of its continued spread.

Through Aug. 9, data show those countries together accounted for nearly two-thirds of all reported infections since the world hit 15 million coronavirus cases on July 22, the Associated Press says.

The number of new daily cases has continued to rise in India, hitting a rolling seven-day average of 58,768. In the U.S., which has more than 5 million cases, the average has decreased since July 22, but remains high at 53,813 new cases a day.

And about one-fifth of reported deaths, or more than 163,000, have been in the U.S., the highest in the world.

CORONAVIRUS IN THE US: STATE-BY-STATE BREAKDOWN

Caseloads are still rising quickly in many other countries, including Indonesia and Japan.

With nearly 500,000 cases and more than 50,300 deaths, Mexico also has struggled with how to curb outbreaks given that just over half its people work off the books with no benefits or unemployment insurance.

A full lockdown there would prove too costly for people with little savings and tenuous daily incomes, said Assistant Health Secretary Hugo López-Gatell, the Mexico president’s point man on the epidemic, noting “we do not want a solution that would, in social terms, be more costly than the disease itself.”

Mexico’s relatively high death rate results partly from the country having one of the world’s highest rates of obesity and diabetes. There has also been relatively little testing. Of all tests done, 47% are positive, suggesting that only seriously ill people are getting tests. That has hindered contact tracing.

India reported 53,601 new cases Tuesday as its count of total infections neared 2.3 million. Its reported case fatality rate, of 2%, is much lower than in the U.S. and Brazil.

In Japan, where outbreaks have been widening as officials urge people to consider this year’s summer holidays “special” and stay home, the positivity rate of tests in Tokyo, the worst-hit region, has been climbing but remains at 7%.

The pandemic has waxed and waned in many regions, with the U.K. and Spain seeing new outbreaks after the worst of the early waves of cases paralyzed much of Europe.

Meanwhile, outbreaks in mainland China and semi-autonomous Hong Kong have declined, according to officials there, with the number of new community infections in China falling to 13, all in the northwestern region of Xinjiang. Hong Kong counted 69 new cases.

Trump administration announces 25 percent tariff on $1.3B in French…