BEIJING – A wide swath of southern China braced Sunday for more seasonal rains and flooding that state media said has already left more than 120 people dead or missing this year.

The National Meteorological Center raised the weather alert to yellow Sunday morning, the third-highest of four warning levels, for more than a half-dozen provinces and the cities of Shanghai and Chongqing.

Heavy to torrential rains were forecast into Monday afternoon. 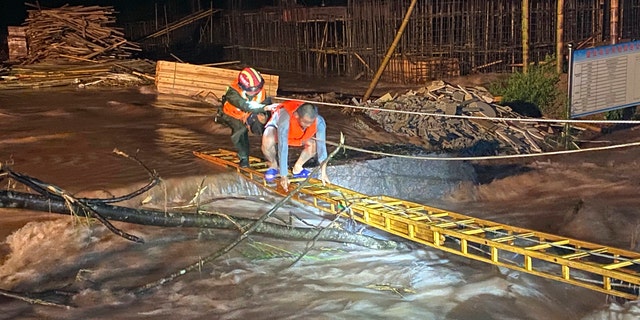 A rescuer helps a worker cross a ladder to get across floodwaters from a construction site in Jing’an county in central China’s Jiangxi province midnight Friday, July 3, 2020. (Chinatopix via AP)

To the south in Jiangxi province, more than 8,000 people have been evacuated and 54 houses collapsed after rainstorms in recent days, the network said. 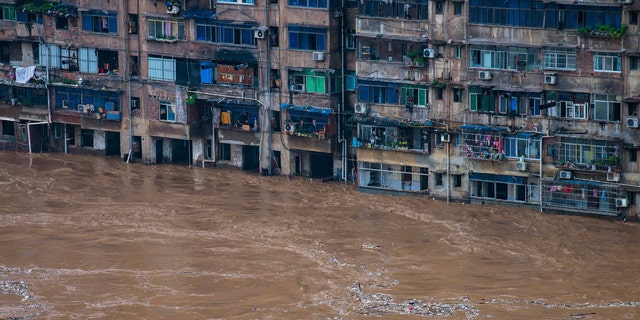 The National Meteorological Center said some parts of Anhui, Hubei, Hunan and Zhejiang provinces could see 4 to 9 inches of rain. It also issued a yellow alert for rain in two northeastern provinces, Heilongjiang and Jilin.

Japan floods leave up to 34 dead, many at nursing homes

Donna Brazile: Kamala Harris spoke to ‘the women who broke their…