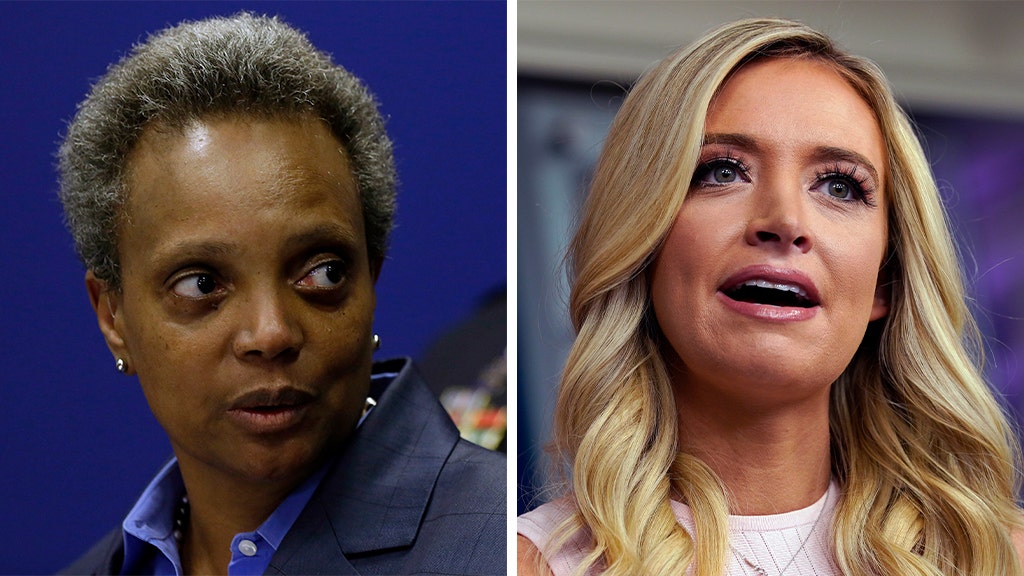 White House correspondent for Time Magazine Brian Bennett originally mentioned the slight on his Twitter account, before the message was picked up by Lightfoot.

“White House Press Secretary Kayleigh McEnany just called Lori Lightfoot ‘the derelict mayor of Chicago’ and said she should request federal help to secure the city,” he had initially written.

Lightfoot, a Democrat, then followed up with her own Tweet which referred to McEnany as “Karen” — a pejorative term that has come to prominence to label a demanding, middle-aged white woman who displays a sense of overbearing entitlement in various societal confrontations.

Fox News reached out to the White House press office but did not receive a response to the request for comment.

Papa John’s founder says Goya CEO ‘should be able to speak his mind,’ not be ‘scared’ of the left

Kudlow says next coronavirus stimulus bill will include more checks,…