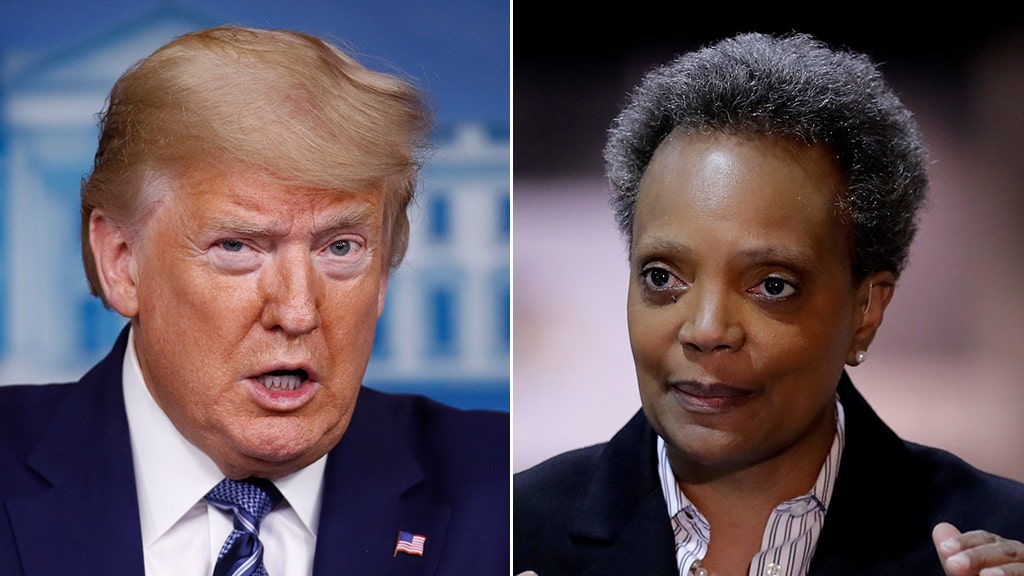 Chicago Mayor Lori Lightfoot blasted President Trump and invoked an expletive Friday in response to his tweets after three days of protests in Minneapolis, Minn., when he called the protesters “THUGS” and tweeted that “when the looting starts, the shooting starts.”

“Donald Trump’s comment last night was profoundly dangerous,” Lightfoot said Friday during a news conference to discuss plans to reopen the city. “And we must stand firm in solidarity and say this is totally unacceptable no matter who is the speaker.”

“He wants to show failures on the part of Democratic local leaders, to throw red meat to his base,” she added, according to WGN9. “His goal is to polarize, to destabilize local government and inflame racist urges. We can absolutely not let him prevail. And I will code what I really want to say to Donald Trump. It’s two words. It begins with F and it ends with U.”

Protesters in Minneapolis have filled the streets in recent days following the death of George Floyd, a 46-year-old black man who died Monday following an arrest. A video showing a white police officer with his knee on Floyd’s neck while Floyd repeatedly complained he couldn’t breathe has elicited outrage and prompted nationwide demonstrations.

The officer has since been fired and was criminally charged on Friday. Three other officers were also fired but have no been charged.

On Thursday, some protesters stormed a Minneapolis police station and set it on fire, prompting officers inside to evacuate. In response to widespread rioting, Trump called the protesters “THUGS” and tweeted “when the looting starts, the shooting starts.”

Twitter issued a disclaimer saying the tweet was “glorifying violence.” On Friday, Trump sought to clarify what he meant, saying “the looters should not be allowed to drown out the voices of so many peaceful protesters.”

He tweeted: “looting leads to shooting and that’s why a man was shot and killed in Minneapolis on Wednesday night – or look at what just happened in Louisville with 7 people shot.”

“From the very moment that I announced my decision to run for governor three-plus years ago, I said that this president was a racist, misogynist, a homophobe, a xenophobe,” the governor said Friday. “And I was right then and I’m right now.”

Cuomo threatens to shut down Manhattan, Hamptons again if coronavirus…