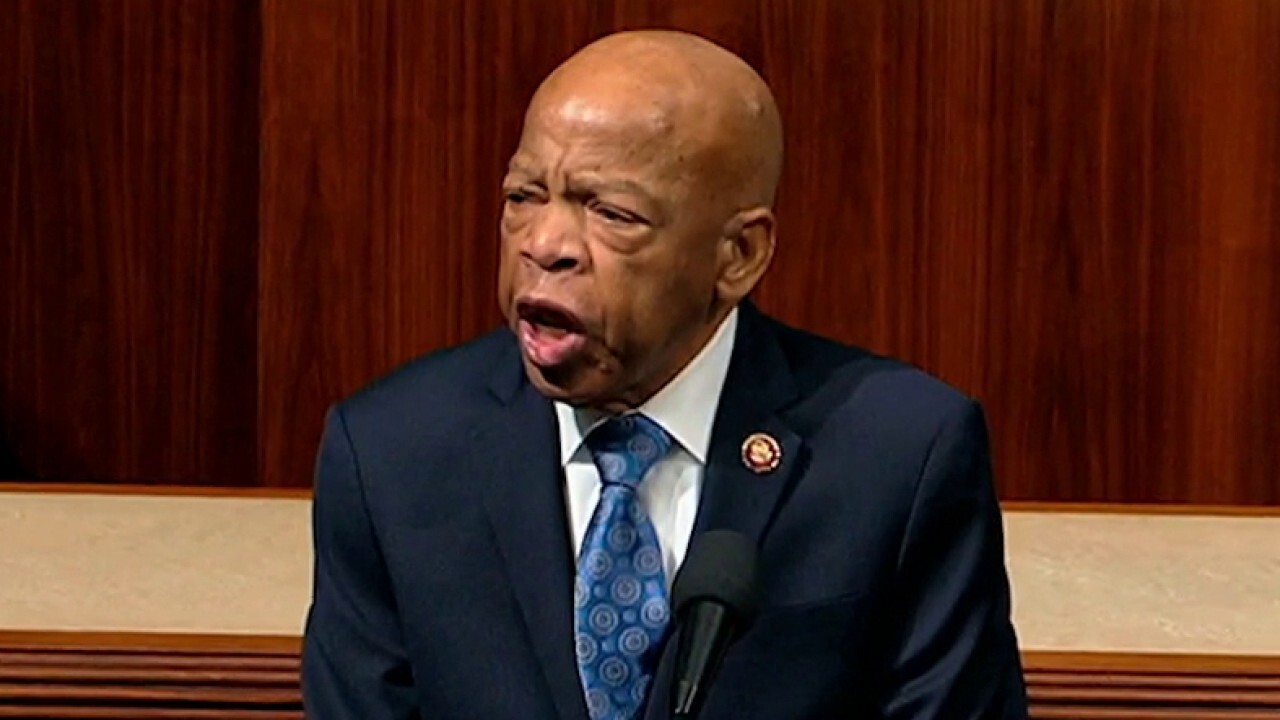 Trump issued a proclamation shortly after 11 a.m. to order all U.S. flags be flown at half-staff at the White House, all public buildings and grounds, all military posts and embassies for the remainder of Saturday “as a mark of respect for the memory and longstanding public service” of Lewis.

But Bass said Trump shouldn’t say anything about the death of the Democratic congressman from Georgia. Trump has a history of divisive rhetoric, particularly on race relations, but Bass offered no explanation other than to say “let us mourn in peace.”

“.@realDonaldTrump while the nation mourns the passing of a national hero, please say nothing. Please don’t comment on the life of Congressman Lewis,” she tweeted. “Your press secretary released a statement, leave it at that.”

TRUMP, PELOSI ORDER FLAGS AT HALF-STAFF TO HONOR JOHN LEWIS; POSSIBLE HE COULD LIE IN STATE

“Rep. John Lewis was an icon of the civil rights movement, and he leaves an enduring legacy that will never be forgotten,” McEnany said. “We hold his family in our prayers, as we remember Rep. John Lewis’ incredible contributions to our country.”

Trump, later Saturday, did tweet out a short message of condolence to Lewis and his family.

“Saddened to hear the news of civil rights hero John Lewis passing. Melania and I send our prayers to he and his family,” he tweeted.

Tributes for Lewis, a former leading civil rights activist and symbol of the movement in the House of Representatives during his 33-year tenure, poured in Saturday from former presidents Jimmy Carter, George W. Bush, Bill Clinton and Barack Obama, and lawmakers from both parties who praised Lewis for his lifelong dedication to civil rights.

Chad Pergram: John Lewis had a steely resolve – calm flowed through him, but he could be fire and lightning