Brennan, who sought to ‘unmask’ Flynn, claims release of names is ‘abominable abuse of authority’ 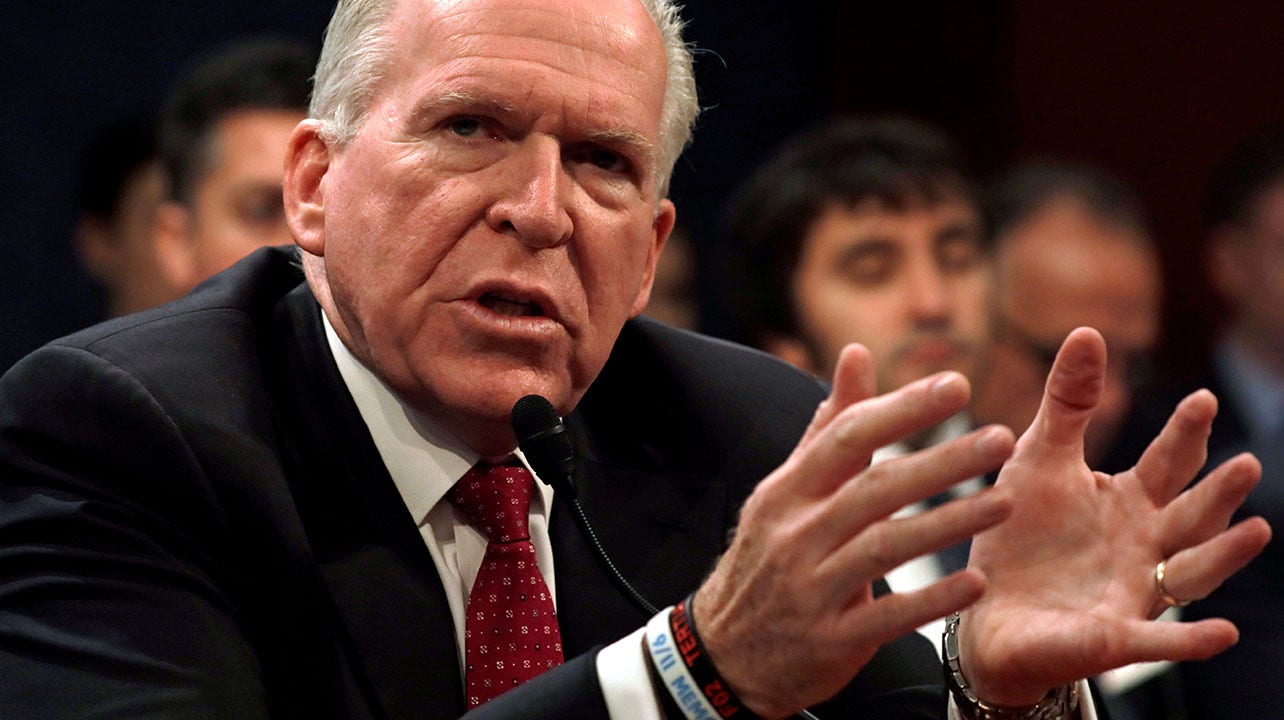 Former CIA director John Brennan, one of the officials who sought to “unmask” Michael Flynn during the presidential transition period, claimed Thursday the release of Obama-era names was an “abominable abuse of authority.”

He called the recent actions by the Department of Justice to drop the case against Flynn combined with the release of names “blatant political corruption at the highest levels of U.S. government.”

“When you have the administration– the White House, the attorney general, the acting head of the intelligence community all acting in concert to try to advance the personal interests of Mr. Trump… I think this is very, very serious,” Brennan told MSNBC’s Nicolle Wallace.

“I’m just hoping that individuals like Chris Wray who is a remarkable public servant, will continue to stay strong in the face of this type of abominable abuse of authority,” he said.

Brennan, however, was not pressed by MSNBC’s Wallace and Brian Williams on why he sought the name of Flynn in the intercepted phone conversations of Russian ambassador Sergey Kislyak. Rather, he lashed out over the disclosure of the names of the Obama administration officials who purportedly requested to “unmask” Flynn’s identity.

Brennan also said he feared Trump officials were not going to stop Russian interference in the presidential election.

“As we have talked about the upcoming November election, how the Russians and others are going to seek to try to once again interfere and influence the outcome, I just am very concerned that some of those at the very top are not going to fulfill the duties that are entrusted to them by the American people,” Brennan remarked.

A list of names of those who sought to “unmask” the name of Flynn in surveiled conversations with the Russian ambassador was declassified in recent days by Acting Director of National Intelligence Richard Grenell and then sent to GOP Sens. Chuck Grassley and Ron Johnson, who made the documents public.

The roster features top-ranking figures including then-Vice President Joe Biden — a detail already being raised by the Trump campaign in the bare-knuckle 2020 presidential race where Biden is now the Democrats’ presumptive nominee.

Trump allies claim Flynn was wrongly targeted, and have suggested high-level involvement in an effort to bring him down. Democrats, however, claim the DOJ’s decision to abandon the case shows how it has become politicized.

Appearing on MSNBC, Brennan was asked by host Chris Hayes about “abuses” uncovered by Horowitz, who claimed he found 17 significant errors in the renewed FISA applications into Page, while Horowitz was a member of the Obama administration.

He continued, “They were probably overly aggressive, they didn’t pay careful enough attention to some of the details, they may have ignored some aspects of the work that was uncovered. But I think the IG was very clear that politicization did not seem to creep into any aspect of their work either at the initiation of the investigation or throughout.”

Hawley vows to vote against Supreme Court nominees who haven’t…

DNC Speakers: what to know about Chris Coons