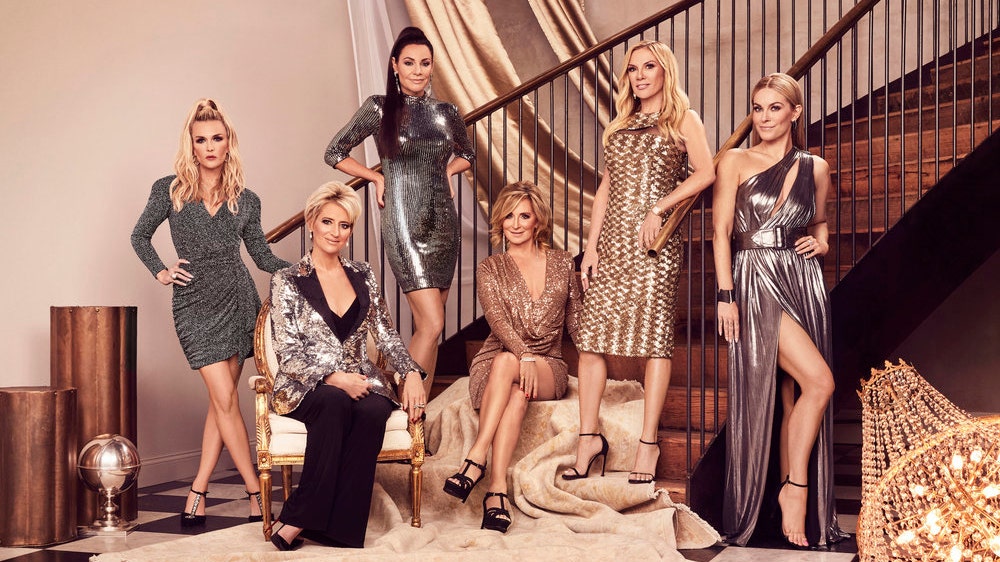 After months of virtual reunions because of the coronavirus pandemic, the women of “The Real Housewives of New York City” were able to sit down and face each other in-person.

Host and executive producer, Andy Cohen, led the traditional hours-long rehashing of drama at Oheka Castle on Long Island, according to Page Six.

Mortimer, who left the show mid-season to move to Chicago, was reportedly able to attend because she flew in from the Windy City with fiancé Scott Kluth weeks ago and quarantined for the appropriate amount of time.

“About to shoot our IN PERSON RHONY Reunion!!” Cohen captioned a selfie. “Putting on a suit and tie never felt so good … Gonna be a great day!”

The host said that health protocols were being observed and that he had face masks and sanitizer while he prepared.

The “WWHL” host previously confirmed that everyone on-set had to get tested, they used limited crew, and all the cast members were socially distanced.

Later, he posted a photo with de Lesseps after the taping wrapped.

“That’s a WRAP!” Cohen wrote. “Thanks to our incredible crew who helped us execute this reunion safely. And thanks to Lu for wearing a mask of her own lips! #RHONYReunion #LuAndImproved #YaHabibi.”

Singer also posted a tease of her accessories on Instagram.

“Home after filming a long day for #rhony reunion..loved my jewelry pieces,” she wrote.

Morgan posted, #REUNION IN THE CAN 👏 If I told you last year I would be rolling into the #RHONY #reunion like this yesterday. In a mask 😷What would you have thought? 💭 or Said? Welcome to #2020 and ….my friend group.”