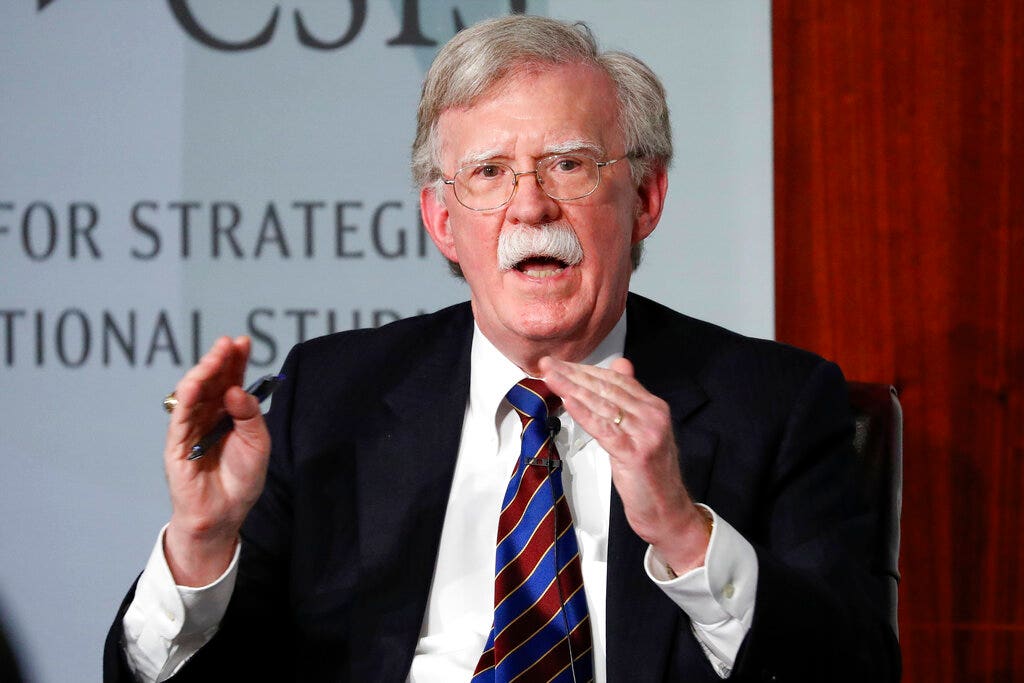 Bolton made the claim during an appearance on ABC News’ “World News Tonight with David Muir,” ahead of his 592-page memoir. The book is expected to paint a scathing portrait of Trump and his administration, lending the most vivid first-person account yet of how Trump conducts himself in office.

“I think Putin thinks he can play him like a fiddle. I think Putin is smart, tough — I think he sees that he’s not faced with a serious adversary here,” Bolton said of the president’s relationship with Putin. “I don’t think he’s worried about Donald Trump.”

Host Martha Raddatz asked Bolton why certain deals with other leaders like Putin have gone awry despite Trump seeing “himself as a dealmaker.”

“Well the president may well be a superb dealmaker when it comes to Manhattan real estate. Dealing with arms limitation treaties on strategic weapons, dealing in many many other international security issues are things far removed from his life experience,” Bolton said. “When you’re dealing with somebody like Putin who has made his life understanding Russia’s strategic position in the world, against Donald Trump, who doesn’t enjoy reading about these issues or learning about them — it’s a very difficult position for America to be in.”

Bolton’s book, titled “The Room Where It Happened: A White House Memoir,” which is set to be released next Tuesday by Simon & Schuster, has been the subject of a lengthy battle between Bolton and the White House.

The Department of Justice filed suit Tuesday in an effort to delay publication of the book, claiming it still contained highly classified information and a required review by the National Security Council had not been concluded. According to the filing, a career official determined no classified material remained in April, but that national security adviser Robert O’Brien initiated a secondary review that deemed additional information to be classified.

In the book, Bolton describes every Trump decision as being guided by concerns for his own reelection, a claim that evokes the scandal that sparked Trump’s impeachment last year.

Biden and DNC outraise Trump and RNC during blockbuster fundraising…

Cuomo reacts to Biden attorney general rumors: ‘No interest in…