Bill Pullman jabs Trump over ‘Independence Day’ tweet: ‘My voice belongs to no one but me’

Bill Pullman has something to say to President Donald Trump.

The 66-year-old actor is known for playing the president in the film “Independence Day,” in which he offers an iconic speech to soldiers before sending them into battle against aliens.

On Saturday, Trump tweeted a video clip of the speech, however, his face had been superimposed over Pullman’s. The audio of Pullman’s voice remained in the clip.

In addition, several of the faces in the crowd had been altered, with the likes of Ted Cruz, Ivanka Trump, and Donald Trump Jr. being superimposed over the faces of the film’s characters.

The video concluded with a short clip of the president standing in from of the American flag.

Pullman offered a brief statement to The Hollywood Reporter in response to the tweet. 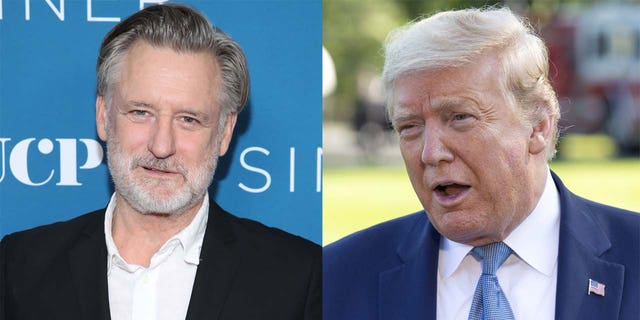 “My voice belongs to no one but me, and I’m not running for president — this year,” he said.

Trump offered no caption to the video, only tagging an account called “Mad ‘ObamaGate’ Liberals,” who claims to be “a ‘video manipulator’ making memes for our President, Donald J. Trump,” per their bio.