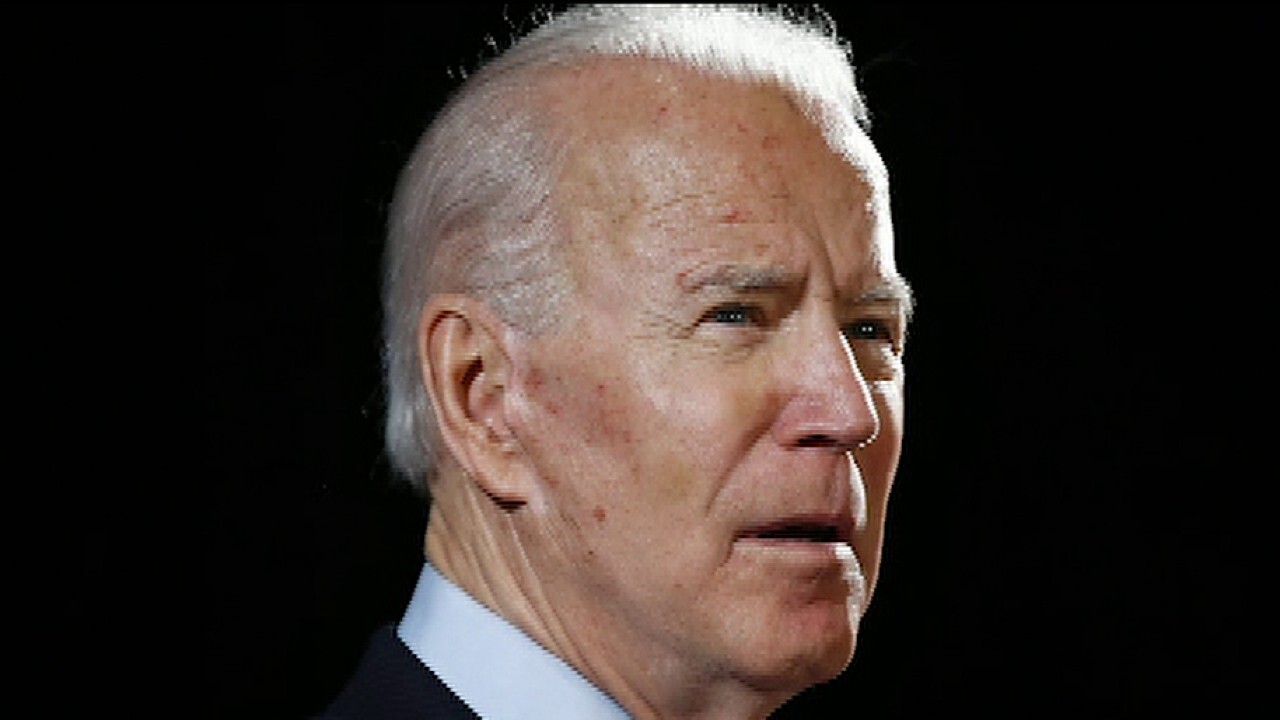 Presumptive Democratic nominee Joe Biden is taking heat from left-wing activists and aides to former rival Sen. Bernie Sanders, I-Vt. after saying that black Americans having a hard time “figuring out” whether to support him or President Trump “ain’t black.”

Gray was responding to remarks made by Biden in an interview on “The Breakfast Club” – a nationally broadcast morning talk show popular with black listeners. After host Charlamagne tha God asked Biden to come back on the program again and the former vice president agreed, the host added, “It’s a long way to November. We’ve got more questions.”

That’s when Biden dove into a rapid-fire defense of his record with the black community.

“I tell you if you have a problem figuring out whether you’re for me or Trump, then you ain’t black,” he said.

Biden later expressed regret for the remarks, saying in an afternoon phone call with the U.S. Black Chambers that “I shouldn’t have been so cavalier.”

“I shouldn’t have been such a wise guy,” Biden said. “… No one should have to vote for any party, based on their race or religion or background.”

But the remarks infuriated Sanders aides and supporters, who have regularly expressed their concern and anger about Biden’s conduct on a number of issues.

“This is who the @DNC forced us to support,” NYC Public Advocate Jumaane Williams, who endorsed Sanders’ presidential bid, tweeted. “But the rest of us are the problem for pointing it out. “

After Biden adviser Symone Sanders defended Biden’s remarks and said they were in “jest,” former Sanders senior adviser Winnie Wong tweeted: “I know this is part of your broad portfolio, but you don’t have to do THIS.”

“People will vote for the racist neoliberal over the psychotic authoritarian,” she said, referring to Trump beating Biden.

“The final remark was just the worst part,” he said. “It’s bizarre that people are fighting this.”

Meanwhile, a number of Bernie supporters tweeted out an op-ed in The Guardian, in which lawyer and author Derecka Purnell wrote that she is “very tired of Joe Biden.”

“Not because I am a purist, or have inflexible ideological commitments of what it will take to remove Donald Trump from office. But rather because Biden’s condescension towards black communities is intolerable.”

Purnell went on to compare the relationship between the black community and the Democratic Party as one similar to an abusive relationship.

“[Biden’s] best line is that he is better than the other guy, and that is exactly how abusive relationships function,” she wrote. “Black people — all people — deserve better than Biden and the Democratic party. And yes, we are still black.”

Returning to a new normal: Trump spends Saturday at his Virginia golf course