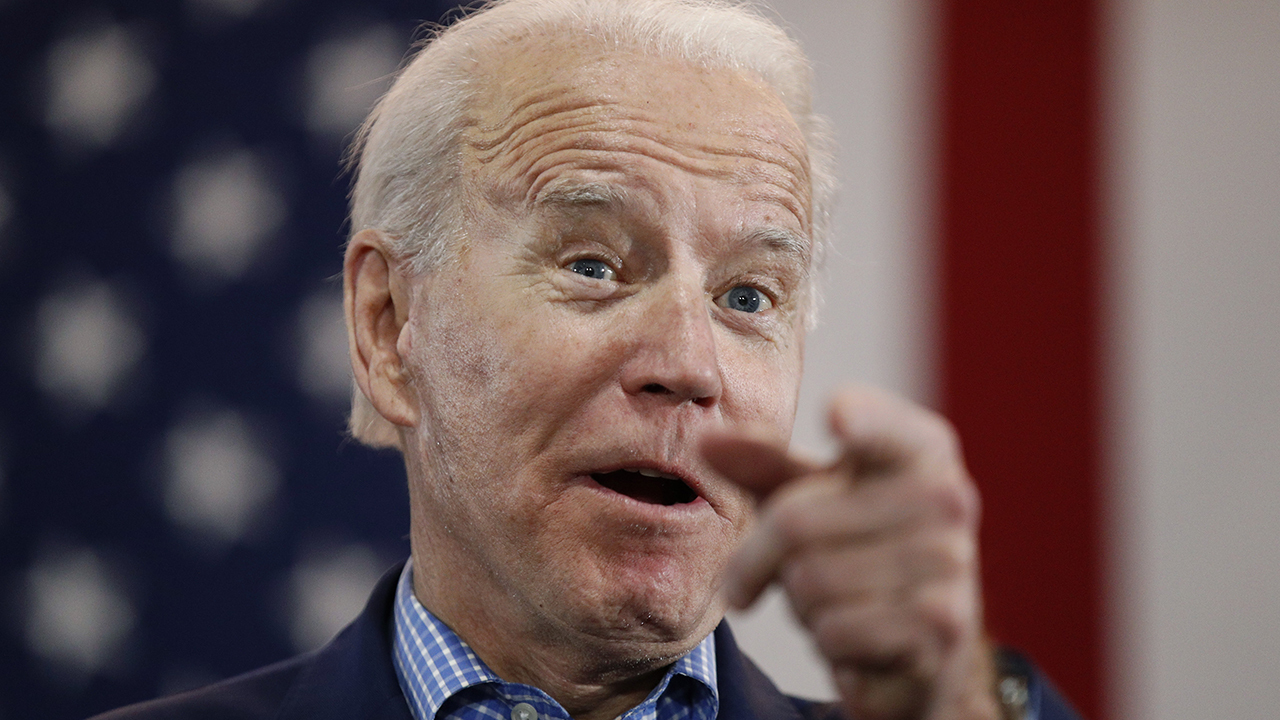 As Joe Biden works to unify the left flank of the Democratic Party, the former vice president’s also looking right, in an effort to woo Republicans dissatisfied with President Trump.

And some of those Republicans are looking right back, with talks underway between leading never-Trumpers and the presumptive presidential nominee’s campaign.

Biden’s camp on Monday confirmed that outreach to “disaffected Republicans” was underway.

While there are wide policy differences between Biden and these Republicans – they share a common goal – defeating the president in November.

“As would be natural in any campaign, those organizations that have a shared goal are certainly having conversations about how to achieve that goal,” a leading anti-Trump member of the GOP told Fox News.

“There are folks that are talking to folks on the Biden side to make sure that Donald Trump does not become a two-term president,” added the never-Trumper, who asked to remain anonymous to speak more freely.

Biden seemed to spill the beans last week, sharing during a live Instagram chat with soccer start Megan Rapinoe that he’s been “speaking to a lot of Republicans,” including former colleagues who’d called him and said, “Joe, if you win, we’re gonna help.”

The former vice president’s campaign told Fox News on Monday that “we need to bring together Americans from across the political spectrum to build the broadest possible coalition to defeat Donald Trump and undo the enormous damage he’s done to America.”

The campaign emphasized that as they move deeper into the general election, “We’re going to continue to ramp up our outreach to Americans of all political stripes — including the many disaffected Republicans who are horrified by Trump’s historic mismanagement of the coronavirus crisis, which has left more than 75,000 Americans dead and 33 million jobless, and who are disgusted by his endless narcissism and divisiveness.”

The early discussions between the Biden campaign and the never-Trumpers include the leadership and messaging of any potential Republicans for Biden-type movement, a GOP source involved in the conversations shared. The talks were spotlighted over the weekend in a report by The Daily Beast.

Among those speaking with Biden’s campaign are members of The Lincoln Project – a leading never-Trump group that quickly raised $1 million last week after coming under attack by the president on Twitter over a web ad they produced that targeted Trump over his response to the coronavirus pandemic.

AFTER BEING SLAMMED BY PRESIDENT, NEVER-TRUMP GROUP HAULS IN $1 MILLION IN ONE DAY

While Republicans opposed to Trump are a tiny minority in a party where the vast majority of rank-and-file members are firmly supportive of the president, former New Hampshire GOP chair Jennifer Horn emphasizes that a small sliver of Republicans in crucial battleground states could make the difference in November’s general election.

“We have a very clearly defined narrow group of voters that we’re talking to – and they are our fellow Republicans, former Republicans, right-leaning independents – that two to four percent who could really sway the outcome of this election in very targeted states and counties,” said Horn, a member of The Lincoln Project.

The Biden campaign has already announced the support of a number of well-known Republicans, including two who served in President Obama’s cabinet — former senator and Defense Secretary Chuck Hagel of Nebraska and former congressman and Transportation Secretary Ray LaHood.

Former Sen. Jeff Flake of Arizona – a vocal Trump critic who flirted with a longshot primary challenge against the president – and Meghan McCain – the daughter of the late Sen. John McCain and co-host of ‘The View’ – have said they’ll vote for Biden in November.

Another leading never-Trumper, conservative columnist Bill Kristol, told Fox News he’s not really in the loop in the conversations between other anti-Trump Republicans and the Biden camp. Kristol said he’s busy with his new group Republicans for the Rule of Law, which supports expanding voting by mail and absentee balloting amid in-person voting health concerns due to the coronavirus pandemic.

KASICH SAYS THERE’S ‘NO PATH’ TO THE WHITE HOUSE

One name that’s been bandied about to lead any such organized pro-Biden Republican movement is John Kasich. The former Ohio governor – the last remaining rival against Trump in the 2016 GOP presidential nomination race who never endorsed Trump during the general election – remains critical of the president.

But a source close to Kasich – who’s currently a political commentator on CNN – says that its “very unlikely” that the former governor would join such a movement, but added “I don’t think he’s closed off any options.”

While Kasich mulled a primary challenge against the president, former Massachusetts Gov. Bill Weld launched a long-shot bid, before suspending his nearly yearlong campaign in March.

A source close to Weld told Fox News on Monday that, to date, the former governor has not had any direct conversations with the Biden campaign.

Fergus Cullen isn’t getting his hopes up.

The former chair of the New Hampshire GOP and a vocal Trump critic compared reports of a Republicans for Biden movement to the “Peanuts: character Lucy, who keeps pulling the football before Charlie Brown can kick it.

“This is getting to be Lucy and the football territory. The last three and a half years, Republican elected officials have had many opportunities to come out in opposition to Donald Trump. They had two opportunities in the last several months in impeachment and the primary process, where they could have rallied to a protest candidate and they didn’t,” Cullen noted.

He then emphasized, “The idea that people are suddenly going to find their conscience five months before a general election seems a little farfetched. I’m for it but I haven’t seen any evidence that people will be willing to take that step.”

THE LATEST FROM FOX NEWS ON THE 2020 PRESIDENTIAL CAMPAIGN

The Biden campaign’s outreach to disaffected Republicans comes as its also expanding its staff as it gears up for the general election.

These latest moves also come as the campaign beefs up its digital staff, as well, picking up senior staff from the presidential campaigns of former Rep. Beto O’Rourke, and Sens. Elizabeth Warren and Kamala Harris.

Obama, in leaked remarks with supporters, urges return to ‘rule of law’ while misstating law on Flynn case

The national debt is astronomical: Look to the cosmos to put it in…