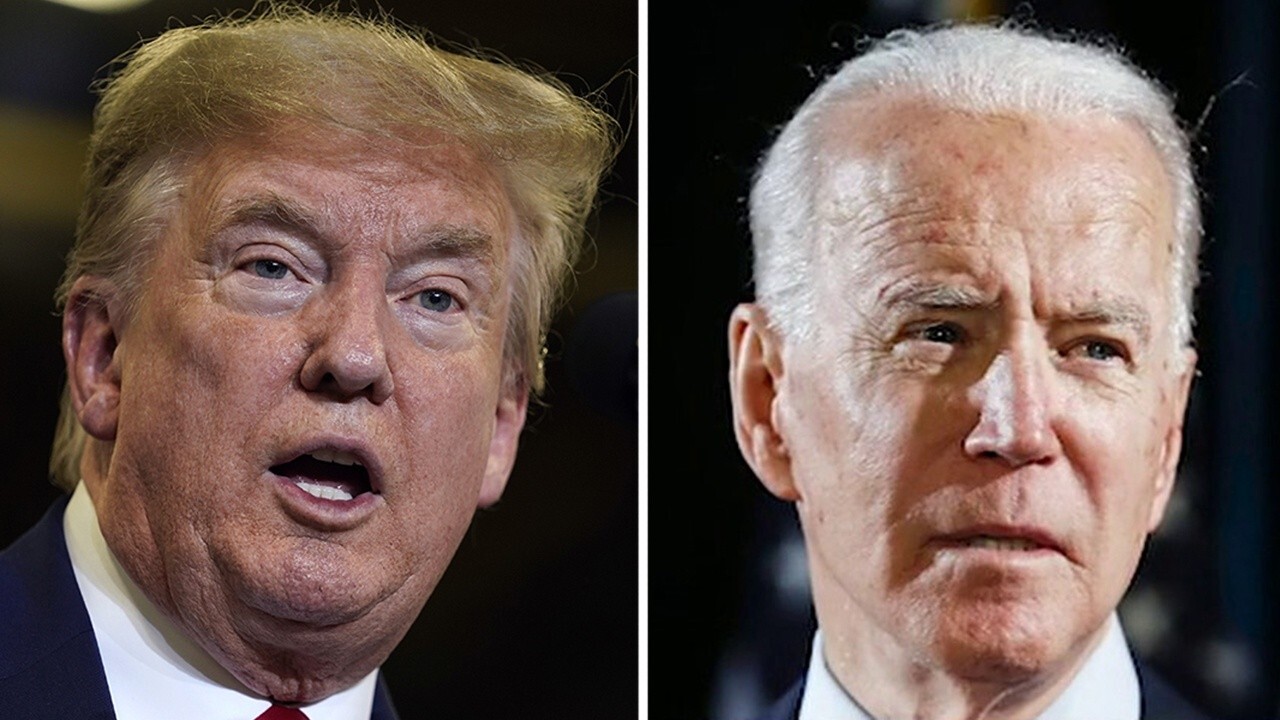 Joe Biden’s presidential campaign says it will soon have 600 staffers in the key battleground states as it beefs up for a general election showdown with President Trump’s campaign juggernaut.

The campaign also spotlighted that the presidential election will be a referendum on Trump’s performance in the White House amid the coronavirus pandemic. But they didn’t provide a timeline for when Biden – who’s been campaigning virtually from his home in Delaware as he follows his state’s stay-at-home orders to prevent the spread of the virus – would physically return to the campaign trail, saying they’ll do so “when the time is right.”

Pointing to the most recent battleground polls, campaign manager Jen O’Malley Dillon noted, “We are pulling ahead in Florida, in Pennsylvania, and Michigan, and Wisconsin, and in Arizona. And if we kept these numbers, and we kept them through November, that puts us at 318 electoral votes.”

She tempered that with: “We do not take any of this for granted.” But the veteran campaign operative added, “We feel like we are uniquely positioned to do well in these states. … We are pulling ahead to take us to a much larger Electoral College victory.”

Two hundred and seventy electoral votes are needed to win the White House.

O’Malley Dillon said the campaign’s strategy was to protect the swing states that 2016 Democratic nominee Hillary Clinton captured in 2016, such as Colorado, Minnesota, Nevada, New Hampshire, and Virginia, and win back some the battleground states Trump carried four years ago: Florida, Iowa, Michigan, North Carolina, Ohio, Pennsylvania, and Wisconsin.

As the campaign expands, O’Malley Dillon said, “We will have over 600 organizing staff responsible for battleground states onboarded in June” and explained that those staffers will be “organizing virtually and in tandem with the work taking place in person wherever it might be safe and appropriate.”

She also teased “a number of significant announcements that are going to be coming over the next 10 days,” and said that the campaign will soon be “rolling out a new website,” and that “we have a new livestreaming platform… which we are debuting this weekend.”

The Trump re-election team fired back, pointing to technical difficulties that plagued a Biden campaign virtual rally with supporters in Florida last week.

O’Malley Dillon spotlighted Biden’s March and April fundraising figures and said she was “comfortable” regarding the campaign’s resources heading into the general election. But the Biden campaign had $103 million in their coffers as of the end of April, compared to a whopping $255 million cash on hand for the Trump reelection campaign and the Republican National Committee.

Top campaign adviser Mike Donilon, a longtime Biden political guru, framed the race as a referendum on the job Trump’s done as president – and especially his performance combating the coronavirus.

“There’s been forces at work in the country and they are what are anchoring this election, and it begins with President Trump and the perceptions of President Trump,” Donilon noted. “One of the most remarkable things about this campaign so far is that the Trump campaign themselves would admit they could not win a referendum on his presidency here in this country today.

Donilon also said the Biden campaign’s ready for the incoming fire from the Trump campaign and their Republican allies.

And he said that Biden’s “done a pretty good job of beating them back and raising serious questions about the kind of attacks that Trump has raised.”

The campaign didn’t offer a timeline when asked when the former vice president would return to the campaign trail.

“We’re very conscious of what we’re being told, what the country is being told, and we are going to ensure that we will travel physically to places when the time is right, driven by the experts and the guidelines that come and not a day before,” O’Malley Dillon stressed.

Trump hasn’t held a campaign rally in over two months, but he’s made official White House trips to the battleground states of Arizona and Pennsylvania the past two weeks.

Lara Trump, the president’s daughter-in-law and a senior reelection campaign adviser, told reporters on Wednesday that the president is anxious to return to the campaign trail.

“He loves it, people love being in his presence as well, so we’re very hopeful that as we head towards November we can get back to the rallies,” Trump said. “The president is excited to do that as well, and I don’t think it would feel like a real campaign season, really without them.”

Rep. Collins says his constitutional amendment on court packing would…

McEnany: Trump believes there are ‘instances of racism’ but most…