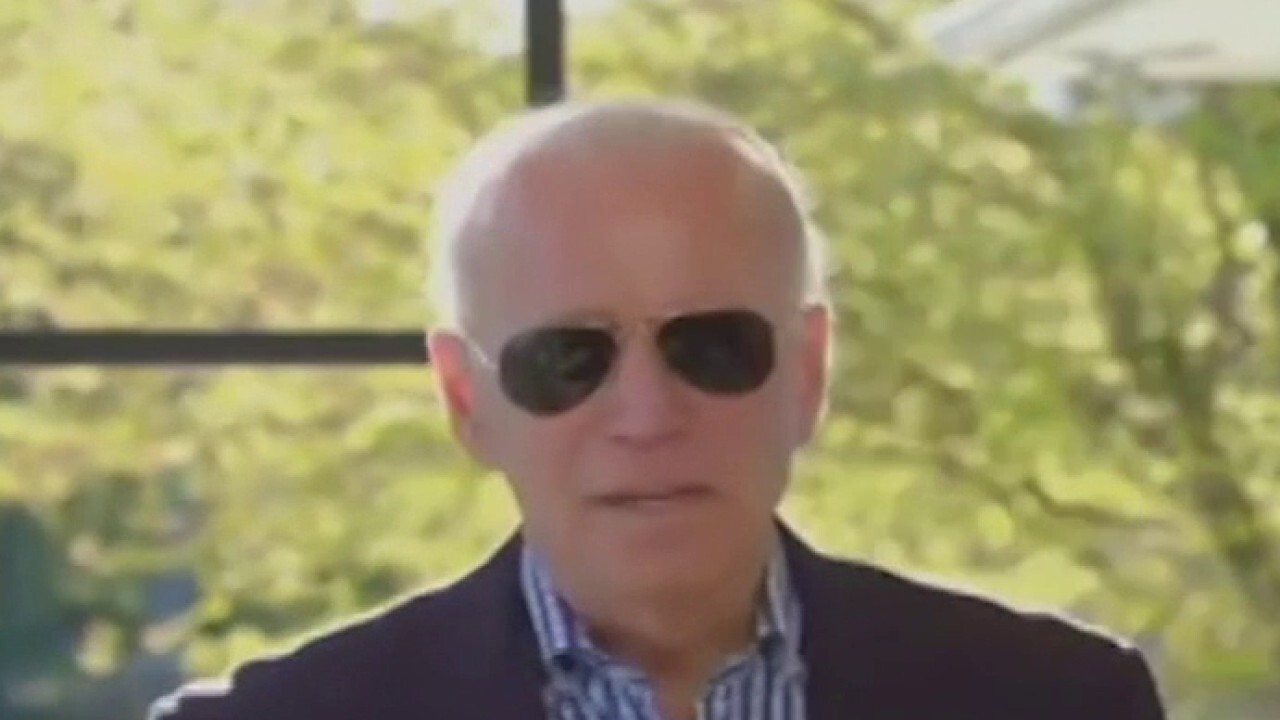 Presumptive Democratic nominee Joe Biden’s campaign is beefing up its digital staff, just as it had been hit by a series of technical problems at a virtual event on Thursday — and amid alarm bells from Democratic allies that it is lagging behind the Trump campaign on the digital battlefield.

The Washington Post first reported that Biden’s team had bulked up its staff, picking up senior digital staff from the campaigns of former Rep. Beto O’Rourke, Sen. Elizabeth Warren, D-Mass., and Sen. Kamala Harris, D-Calif. The Post reported that the expansion, which will double the campaign’s digital team, had been planned for March but was put on hold amid the coronavirus pandemic.

The hires include Caitlin Mitchell, a senior advisor for digital who was a former CMO from Warren’s campaign and at the Democratic National Committee (DNC); Robyn Kanner, senior creative advisor who will lead design, branding and web efforts, who was previously the creative director for O’Rourke’s campaign; and Andrew Gauthier, who will be the campaign’s video director and is a former digital content director at the Harris campaign and executive producer at BuzzFeed Video.

“We’re gonna run a creative-first, data-driven program that centers community and the grassroots supporters who have powered our campaign. And we’ll do it with empathy, and compassion,” Biden campaign Digital Director Rob Flaherty said on Twitter.

It comes amid growing concern from senior Democrats that the Biden campaign is struggling behind its Republican rivals on the digital front — which is likely to be increasingly important considering much of the traditional campaign avenues have been closed off amid the response to the coronavirus, while Biden has been left sequestered in his Delaware home.

An op-ed in The New York Times by Obama strategists David Axelrod and David Plouffe gave a no-nonsense warning and urged Biden to “up the tempo.”

“Team Trump knows where and how voters get their information and tests a tremendous amount of content to find the winning material their targets will consume and share,” they warned. “Mr. Trump’s surrogates are a relentless presence on social media and his massive digital following dwarfs Mr. Biden’s by a factor of 15 to one.”

Politico last month reported that there was infighting in the Biden camp over how to close what the outlet described as a “yawning gap” between it and the Trump campaign when it comes to digital operation.

The Trump campaign on Saturday downplayed the new digital push by its campaign rival, noting that its digital machine had started in 2015 — giving them a significant advantage.

“[Biden’s campaign] can hire new people and shuffle who is running digital, but the brutal truth is that digital assets have a time-value, same as money. A user today is more valuable than they are tomorrow. The accumulated user data we’ve generated – and all the learnings that go along with that for 5 years — can only be replicated by Biden if their new digital team shows up with a time machine,” Trump campaign Digital Director Gary Coby told Fox News.

“Biden’s cost per acquisition will be much higher given no one is excited about his campaign. Every dollar they spend will be less efficient than ours because we have Donald J. Trump,” he said.

The Biden campaign’s digital operation struggles were on display Thursday. Biden attempted to hold a campaign rally for voters in Tampa Bay, Fla., but the glitch-riddled event ended up drawing mockery from Republicans and media outlets instead.

Shaky audio plagued the hourlong event streamed on YouTube, and Biden struggled at times with the issues facing him.

“They introduced me? Am I on?” Biden asked someone off-screen as he approached the camera, taking off a pair of dark aviator sunglasses.

“Good evening, thanks so much for tuning in. I wish we could have done this together and it [had] gone a little more smoothly but I’m grateful we’re able to connect virtually and thank you…” Biden continued before his audio feed became unintelligible mid-sentence.

The audio and video problems continued through Biden’s speech, with the former vice president’s lips moving out of sync with the sound and a significant amount of his talk impossible to understand through the tech problems.

A story on Vice described the rally as “[s]o plagued by technological problems it looked like it was being run by local seniors attempting Zoom for the first time.”

The Trump campaign linked the Biden campaign shakeup on Friday with the tech woes from the night before.

“Joe Biden’s online rally was such a disaster that he ran his digital team through the meat grinder, committing a Friday night massacre and hoping no one would notice,” a Trump campaign communications official told Fox News. “With the election six months away, the Trump campaign is breaking unprecedented new digital ground while the Biden campaign is wasting time rearranging deck chairs.”

The Trump campaign can brag of significant leads in followers for Trump’s accounts over Biden’s on Facebook, Twitter and YouTube — while expanding into areas such as video game streaming site Twitch to hold campaign events.

Meanwhile, it says online campaigning now includes online events held seven days a week with each broadcast achieving over a million unique viewers, totaling over 340 million views in April. Meanwhile, it last month launched a new mobile app for supporters that functions as a hybrid between a political news hub and an airline frequent flier program. “Rewards points” are given to users who convince contacts to download the app. Users accumulating the most points are eligible for a photograph with President Trump.

The Biden campaign also launched an app of its own in April. The “Team Joe” app has tripled user engagement in the last month, the campaign told Fox. Meanwhile, the campaign generated more than 54.9 million views across its social media platforms in the month, and more than 17 million video views in one week.

There are some other signs of the Biden campaign punching back. When Trump campaign manager Brad Parscale sent a tweet referring to the Trump operation as similar to the Death Star from Star Wars, The Post reported that the campaign’s surrogate operation got actor Mark Hamill (who plays protagonist Luke Skywalker) to tweet quotes from the movies in response.

“Your overconfidence is your weakness,” he tweeted.

Pelosi snaps at reporter who mentions Trump: ‘Don’t waste your time or mine on what he says’

DC agencies will ‘look into’ Trump going maskless in lobby…