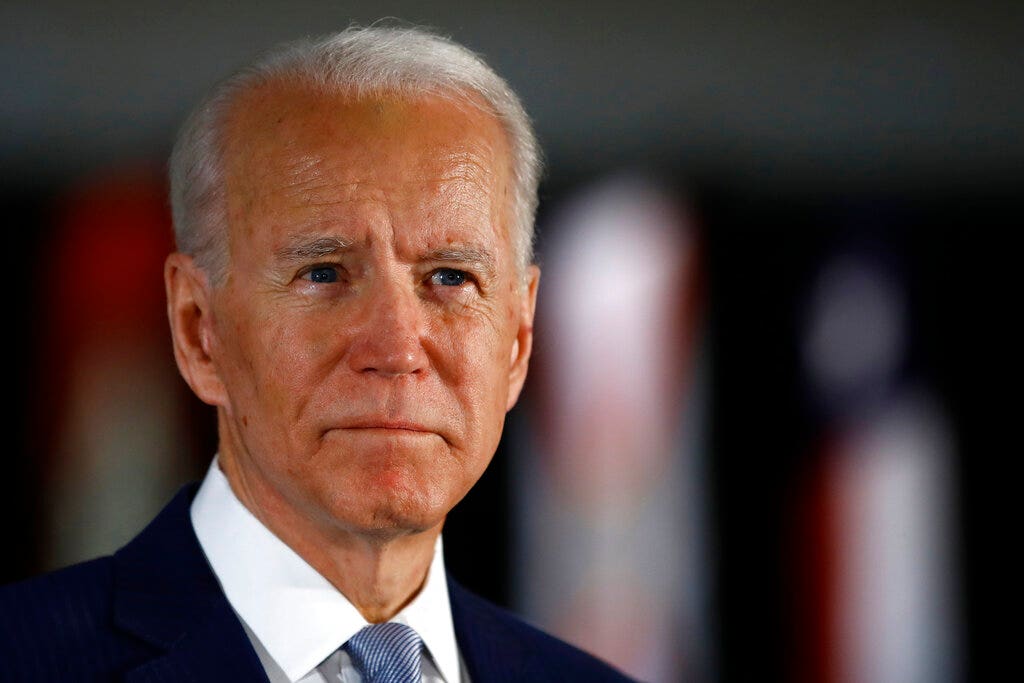 The Biden campaign on Wednesday shrugged off the revelation that Joe Biden was one of a number of officials who purportedly sought to “unmask” Flynn, saying “all normal procedures were followed,” amid accusations from President Trump and his allies that then-President Obama and his top deputies targeted the incoming Trump administration.

“These documents have absolutely nothing to do with any FBI investigation and they confirm that all normal procedures were followed — any suggestion otherwise is a flat-out lie,” Biden spokesman Andrew Bates said in a statement Wednesday. Biden himself hasn’t commented publicly; the candidate has gone over a month without giving a news conference.

“It’s telling that these documents were selectively leaked by Republicans abusing their congressional powers to act as arms of the Trump campaign after having them provided by a partisan official installed for this very purpose,” Bates added. “The only people with questions to answer are Grenell, Sen. [Chuck] Grassley and Sen. [Ron] Johnson for their gross politicization of the intelligence process.”

WHAT IS ‘UNMASKING’? FLYNN DISCLOSURES PUT SPOTLIGHT ON PRACTICE

Acting Director of National Intelligence Richard Grenell declassified and, on Wednesday, sent a list to several Republican senators containing names of those who sought to “unmask” Flynn in transcripts from surveillance of Russian Ambassador Sergey Kislyak. Grassley and Johnson were the ones who released the names to the public.

Trump allies claimed Flynn was wrongly targeted, and have suggested high-level involvement in an effort to bring him down. Democrats, however, claimed the DOJ’s decision to abandon the case showed how it has become politicized.

Both the DOJ and Grenell had been discussing these “unmasking” files, after Grenell appeared to have delivered those files to the department last week. There were some tensions between the two offices over who would actually pull the trigger to send them to the senators — ultimately, the release came from Capitol Hill after Grenell sent lawmakers the files.

The roster featured top-ranking figures including then-Vice President Joe Biden — a detail already being raised by the Trump campaign in the bare-knuckle 2020 presidential race where Biden now has been the Democrats’ presumptive nominee.

TRUMP ACCUSES BIDEN OF BEING A ‘BIG UNMASKER’ AFTER FLYNN REVELATIONS

Biden, during an interview with ABC News’ “Good Morning America,” initially said he knew nothing about the investigation into Flynn, before later correcting himself.

“I know nothing about those moves to investigate Michael Flynn,” Biden initially said, calling the topic a “diversion” from the coronavirus pandemic.

Host George Stephanopoulos, though, pressed Biden again, questioning whether he attended an Oval Office meeting on Jan. 5, 2017—during the presidential transition period—where Flynn apparently was discussed.

“No, I thought you asked me whether or not I had anything to do with him being prosecuted,” Biden said. “I’m sorry.”

“I was aware that there was—that they asked for an investigation, but that’s all I know about it, and I don’t think anything else …”

Samantha Power appears on Flynn unmasking list seven times, despite testifying she had ‘no recollection’ of doing so

Returning to a new normal: Trump spends Saturday at his Virginia golf…