One of Hollywood’s hottest couples is showing off their love.

Ben Affleck and Ana de Armas appeared together in the Spanish language music video for Residente’s “Antes Que El Mundo Se Acabe,” or “Before the World Ends,” per Google Translate.

Residente, a Puerto Rican rapper, explained to Billboard that he began working on the song after the coronavirus quarantine was put into effect and that his vision was to create “a chain of kisses around the world.”

The video kicks off with a message to viewers that reads “Instead of going back to normal, let’s start again,” before sharing the same message in Spanish.

The video features several couples as they share passionate kisses around the world.

Among the couples showcased are Affleck and de Armas, who recently became Instagram official. 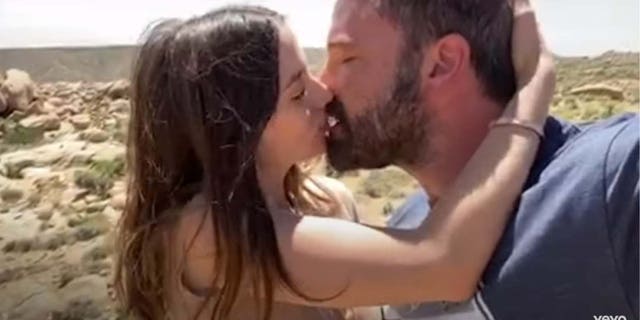 The couple can be seen exchanging a few smooches just after the two-minute mark before they smile at the camera and de Armas, 32, plants a kiss on her 47-year-old beau’s cheek.

A handful of other stars can be seen kissing their significant others, including actress Zoe Saldana and her husband Marco Perego Saldana, rapper Bad Bunny and his girlfriend Gabriela Berlingeri, soccer star Lionel Messi and his wife Antonela, and Ricky Martin and his husband Jwan Yosef.

In an Instagram post on Thursday, Residente, 42 — real name is René Juan Pérez Joglar — wrote: “This video came out to keep us in company. We share the same fear because we have never faced a pandemic like this in these times, but a pandemic like this has never faced such a force of solidarity. Thanks to all of the kisses in all of the languages. And if this is the end, we will find the beauty of it. But perhaps now is when it all begins.”

Reporter’s Notebook: ‘Obamagate’ is a lot more complex than it…