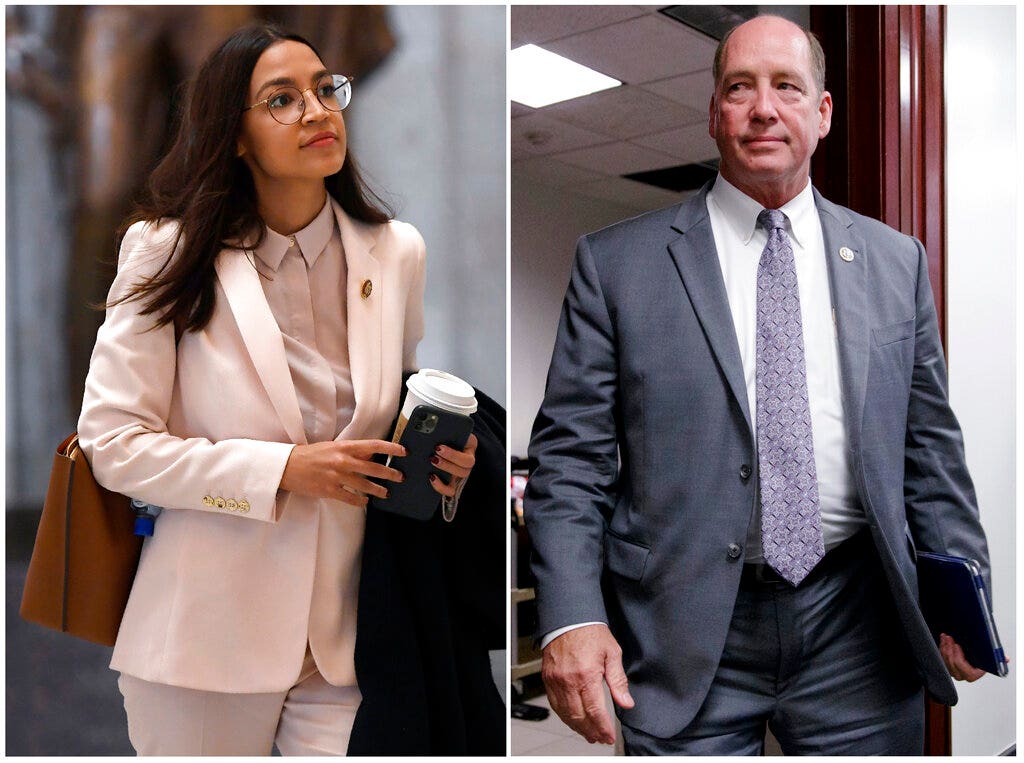 Rep. Alexandria Ocasio-Cortez, D-N.Y., on Tuesday posted a video of herself walking outside the Capitol Building to Doja Cat’s “Boss B—h,” a day after a heated exchange with Rep. Ted Yoho, R-Fla., that ended with him allegedly calling her a “f—ing b—h.”

The left-wing freshman lawmaker originally posted the video on Instagram Stories and later retweeted the clip.

She captioned the video: “Shine on, fight for others, and let the haters stay mad.”

Yoho was allegedly heard accosting Ocasio-Cortez on Monday, calling her “disgusting” over comments she made about crime in New York City being propelled by the pandemic and poverty rather than a lack of policing.

“Do we think this has to do with the fact that there’s record unemployment in the United States right now?” Ocasio-Cortez said in a virtual town hall with The Hill earlier this month. “The fact that people are at a level of economic desperation that we have not seen since the Great Recession?”

She added: “Maybe this has to do with the fact that people aren’t paying their rent and are scared to pay their rent and so they go out, and they need to feed their child and they don’t have money so… they feel like they either need to shoplift some bread or go hungry.”

In an encounter witnessed by a reporter from The Hill, Yoho assailed her for those remarks. The publication wrote that Yoho used a sexist slur as he walked away from Ocasio-Cortez.

His alleged remarks drew condemnation from fellow lawmakers, including No. 2 House Democratic leader Steny Hoyer of Maryland, who demanded an apology.

Yoho apologized on the House floor Wednesday and seemed to suggest his actions were due to his strong feelings about the issue, saying: “I’m passionate about those affected by poverty.” He said he and his wife were food stamps when they were young and added, “I cannot apologize for my passion.”

In a series of tweets, Ocasio-Cortez rejected Yoho’s remarks, saying he hadn’t mentioned her name or specified what he was apologizing for.

“Republican responds to calling a colleague ‘disgusting’ & a ‘f—ing [b—-]’ w/ ‘I cannot apologize for my passion’ and blaming others,” she wrote. “I will not teach my nieces and young people watching that this an apology, and what they should learn to accept. Yoho is refusing responsibility.”

Retail sales continue to bounce back in June