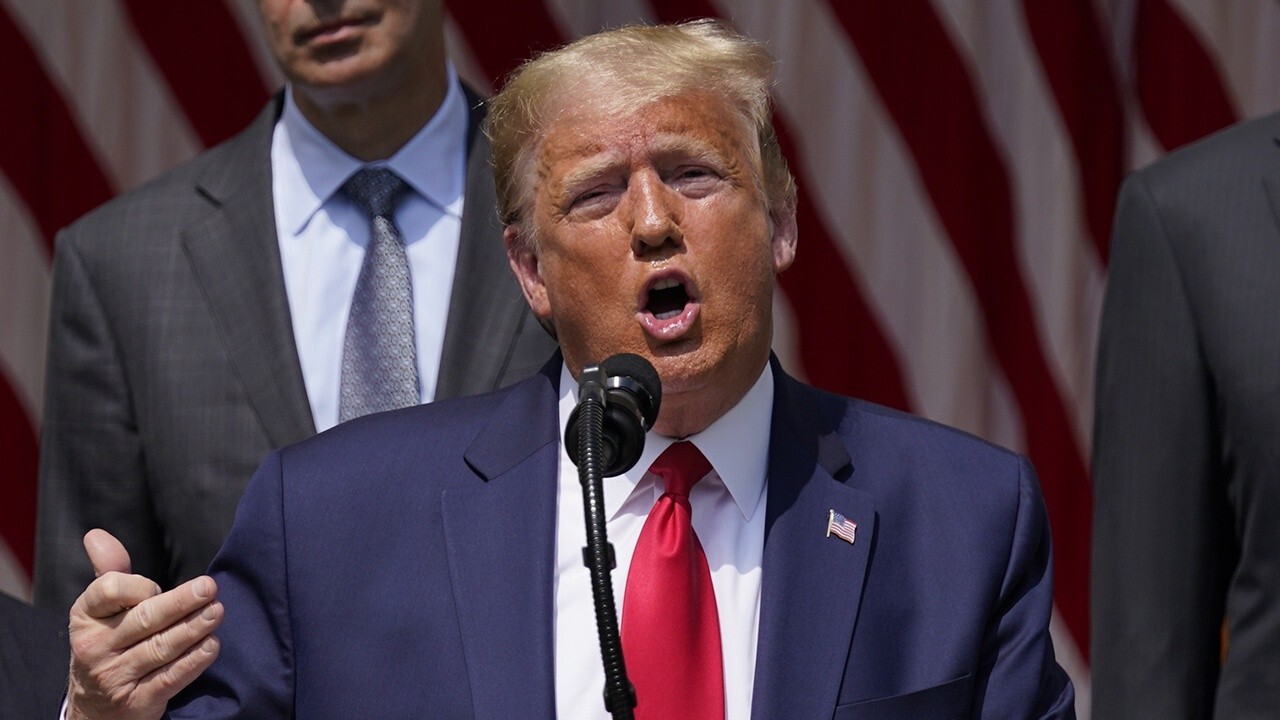 EXCLUSIVE — A Republican group that opposes President Trump’s re-election is going up with a new ad on Saturday that spotlights the president’s comments in March that he didn’t “take responsibility at all” for a widespread lack of coronavirus testing Americans faced at a time when the pandemic was spreading across the nation.

The commercial by The Lincoln Project – shared first with Fox News — highlights the late Republican President Dwight D. Eisenhower and recounts how, as the Allied commander in charge of the successful World War II D-Day landings in Europe, he was prepared to take responsibility if the massive operation had failed.

“Great leaders prepare for every eventuality. The hope for the best, but they prepare for the worst,” the narrator in the spot says.

The ad then uses the clip of President Trump saying, “no I don’t take responsibility at all” when asked at a White House press conference about the struggles at the time to expand coronavirus testing. The clip of the president refusing to take responsibility went viral and has been used by Democratic challenger Joe Biden’s campaign and other Democrats to criticize the president’s actions to combat the pandemic.

The president has repeatedly pushed back the past three months against charges from his critics that he initially downplayed the severity of the coronavirus and later fumbled the federal response.

Trump, in a Rose Garden event on Friday, once again spotlighted that his actions saved “millions of lives,” crediting his decision in late January to “stop people very early on from China, from coming in. Because we stopped early at the end of January, very early, people coming from China who were infected coming into our country.” The coronavirus originated in China.

The narrator in the ad goes on to say “isn’t it time America returned to a different kind of leadership.”

The Lincoln Project says the spot will appear digitally starting Saturday and will run on TV in Washington DC and other television markets starting on Tuesday.

On Monday the group announced it was spending half a million dollars to run a scathing TV commercial in six general election battleground states and the DC market that targets the president over his comments and record on race relations amid a wave of unrest in cities across the country sparked by the death of George Floyd.

The new ad is the second by the group to zing the president over the coronavirus. Last month they ran a commercial titled “Mourning in America,” which was a riff on the successful “Morning in America” ad by President Ronald Reagan’s 1984 re-election team.

Trump fired back, calling The Lincoln Project a “group of RINO Republicans who failed badly.”