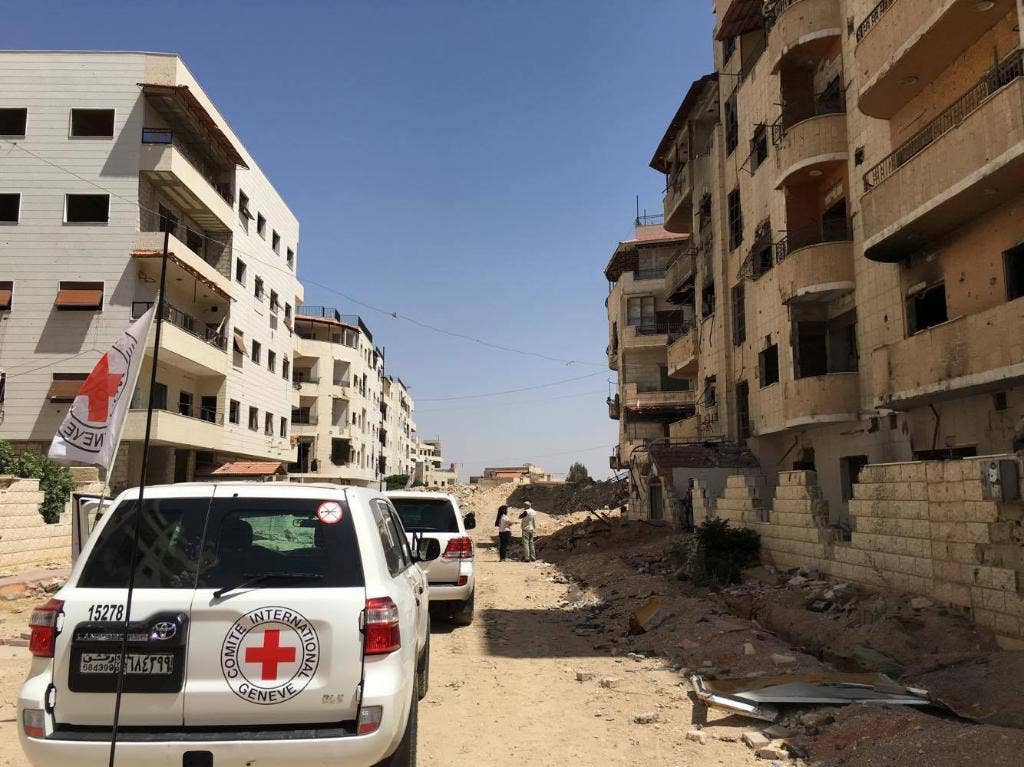 Russia and China vetoed a United Nations Security Council draft resolution to extend cross-border humanitarian aid from Turkey into Syria for another year, despite warnings that Syrian citizens rely on the aid.

“It has never been clearer that Russia and China see the UN Security Council as just another tool to advance their narrow national agendas at the expense of millions of innocent Syrian women, children, and men who do not have the means to feed, shelter, or provide necessary medical care for their families,” Ambassador Kelly Craft said in a statement to Fox News Tuesday.

The Syrian civil war, which has continued for the last nine years, has been responsible for the death of nearly half a million Syrians, and displaced 11 million people, roughly half the size of the country’s population prior to the war.

Approximately 2.8 million people now rely on the humanitarian aid that the U.N. Security Council has provided Syrian citizens with for the last six years.

“The United States and the other responsible members of the Security Council supported this compromise resolution because the alternative is unspeakable,” Craft said Tuesday.

“And yet, we have arrived at a point in the Syrian conflict when Assad’s collaborating partners have decided that any humanitarian assistance to displaced Syrian civilians is too much.”

China and Russia were the only two nations to veto the resolution, put forward by Germany and Belgium, and voted favorably by the other 13 members of the council.

A resolution needs at least nine votes in favor, and zero vetoes from Russia, China, the United States, France and Britain in order to pass.

Sherine Tadros, the Head of Amnesty International’s U.N. office, called the veto power by Russia and China “despicable and dangerous.”

“It’s impossible to overstate the importance of ensuring the crossing points, delivering vital aid, stay open,” Tadros said in a statement Tuesday. “For millions of Syrians, it is the difference between having food to eat and starving.”

The Security Council is expected to vote on a rival Russian resolution that will allow only one Turkish-border crossing for aid operations and for only six months.

The council reportedly dropped two other border crossings that provided aid from Iraq and Jordan in January, due to opposition from Russia and China, according to Reuters.

Russia and China have repeatedly sided with their ally Assad, in votes pertaining to Syrian aid and conflict resolution. Russia has also aided Assad in the civil war, helping his regime to re-gain control of the majority of the country.

Diplomats have reportedly estimated that approximately 40 percent of all medical aid for northeastern Syria has been cut off due to the Iraq border closure.

“The U.S. will not relent in its efforts to reach those in need in Syria,” Craft said.  “We will not believe or give credence to Russian and Chinese lies and misdirection about what is happening on the ground.”

The United States has already imposed several sanctions on the Syrian government and Bashar al-Assad’s regime, including on his wife Asma al-Assad.

Ambassador Craft has called on the other members of the Security Council to reject the vetoes and demand a reversal on the vote.